*Even though most have yet to be confirmed!

This piece must start with a caveat: most of the potential big bouts in 2018 have yet to be fully finalised. Still, there are several matchups that are definitely going to happen at some point, with Gennady Golovkin v Saul Alvarez 2 the most high-profile example of that.

The Fights Confirmed and Happening Soon:

The 27th January will see a double main event on Box Nation, with Jorge Linares v Mercito Gesta and Lucas Matthysse vs. Tewa Kiram. It will be live from California, so in reality it will take place in the early hours of Sunday 28th for UK viewers. There is not much value in backing the favourites in either of these, with Linares priced at 1/25 to retain his WBA Lightweight Title and Kiram 1/10 to hold on to his WBA ‘regular’ Title. There could be some value on backing an early stoppage in the round betting however.

The much-anticipated George Groves v Chris Eubank Jnr bout will go ahead on 17th February in Manchester. Tickets sold out in seven minutes for this one and it has the potential to be one of the fights of the year. The bookmakers have made Eubank slight favourite, with 4/6 available from Paddy Power. Groves can be found at 5/4 with the same bookmaker. It’s going to be close. This bout is part of the World Super Series, with the winner going on to face either Callum Smith or Juergen Braehmer in the Final in May. Eubank can be backed at outright odds of 6/4, with Smith close behind at 7/4. Groves is 9/4 and Braehmer the rank-outsider at 20/1.

The latest word is that Golovkin and Alvarez will have their rematch on Saturday 5th May. Golovkin is generally priced as 8/15 favourite, with Alvarez at 6/4. Most fans agree that Golovkin just about shaded the first fight, which ended in a controversial draw. It’s 20/1 for the fight to be called a draw again in the rematch. It is arguably the most eagerly-awaited fight of the year, so check out 2018 boxing betting offers for the UKtop bookmakers’ promotions and free bets beforehand.

Promoter Eddie Hearn has stated that Anthony Joshua v Deontay Wilder must happen in 2018. However, arguments over the purse and location could hold things up until the summer. Joshua is likely to take on Joseph Parker in a heavyweight unification fight before then, with Joshua priced at 1/10. If Joshua overcomes Parker, the Wilder fight could be one of the sporting highlights of the summer. The current odds see Joshua at 2/5 and Wilder at 15/8 (Ladbrokes), but more importantly a close fight could reignite the flagging heavyweight division. 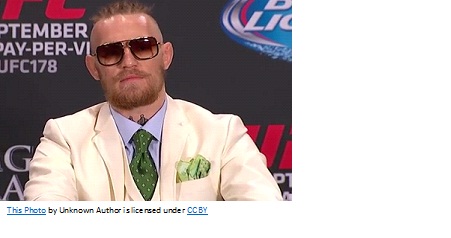 And the ‘Notorious’ McGregor Matches:

Love or loathe UFC star Conor McGregor, his fight against Floyd Mayweather Jnr gave boxing the kind of exposure it had been lacking in recent years. As a consequence, the bookmakers have matched up some potential boxing matches for him in 2018. A potential bout with Manny Pacquiao would obviously get the majority of headlines, with the legendary Filipino priced in at 2/9. McGregor can be found at 3/1 with Bet Stars.

However, the most intriguing fight for McGregor could be against Oscar De La Hoya. McGregor has actually been made favourite for this one. Sun Bets are offering 4/5 for McGregor against De La Hoya’s 10/11, mostly due to the Mexican-American fighter having retired nine years ago. It is not known whether McGregor will step into a boxing ring again, but the Irishman generates buzz wherever he goes. A fight against De La Hoya could be a lot of fun.