2018 is going to be a bumper year for boxing, for actual real boxing, as opposed to the sideshow that dominated the end of 2017 with the Mayweather and McGregor ‘fight.’ This year will see many top boxers duke it out and will see fights where the winner isn’t clear before the boxers have even touched gloves. We will see heavyweights going toe to toe, future stars proving their worth and unbeaten boxers putting their reputations and records on the line in order to cement their greatness.

There are almost too many great ones to pick from, there will, be a feast of great battles going on before our eyes. They are also fights that are excellent for those of us who love to liven up the action by placing a bet on the action. There were too many fights last year that we mismatches leaving us with poor odds and no incentive to place a bet on. With closer and more interesting fights, come better and more exciting odds as this betting guide makes clear. The guide elucidates why this is likely to be a much better year for betting on boxing than last year was, as well as explaining where your money can be best spent. With so many brilliant bouts to watch it is a great time be a boxing fan.

There are almost so many great fights this year that is hard to keep up with them, you need a proper planner and a calendar just to keep track of what is happening and who will be competing. After the famine of last year, we truly now have a feast. In order to celebrate that and to help you to find the best fights to watch, we thought we would take a more indepth look at some of the big ones coming up over the next few of months. So here are three fights that you should, right now, put into your calendar with four huge rings around them and written in block capitals. These three fights will be electric and make 2018 one of the best years in boxing for a while.

This is the big one, this is the fight that everyone wanted to see and when it was announced on the 29th of January, the boxing world went into overdrive with excitement and a sense that we will see another classic when these two enter the ring on the 5th of May. Their fight last year was one of the few that really met expectations and was a treat for fans of real and proper boxing. These two fighters are both at their peak and are the best in the business. Too often we see top fighters duck one another but in this case we have fighters ready to put their reputations on the line to prove they are actually the best.

Their last fight was a split draw, something which just whets the appetite for this more as we will get to see them, hopefully, put this bed and prove once and for all who is the best.

This one is coming up very soon, February 17th, and will see two British boxers, neither shy of controversy, squaring up against one another. Both have real undoubted talent but Groves has gone through some rocky periods in his career and Eubank Jr is yet to really prove himself on the biggest stage. It will be a big night for British boxing in Manchester. Eubank Jr has already ratcheted up the pressure on Groves saying that when they spared he found it easy and that he doesn’t think Groves will be much of a problem for him. Eubank’s ceiling is arguably higher so he could blow Groves away but with the pressure on and with little to lose for Groves, it shouldn’t be a mismatch.

The unbeaten Garcia is in Ring Magazine’s top ten fighters in the world for good reason. He has mauled his previous opponents and will be aiming to add a belt at a fourth different weight when he takes on Lipnets next month in Texas. He has won 37 fights without losing and will be hoping to make light work of his Kazakh Lipinets. However he is no pushover having so far gone unbeaten in his 13 fights and a surprise is not totally impossible. 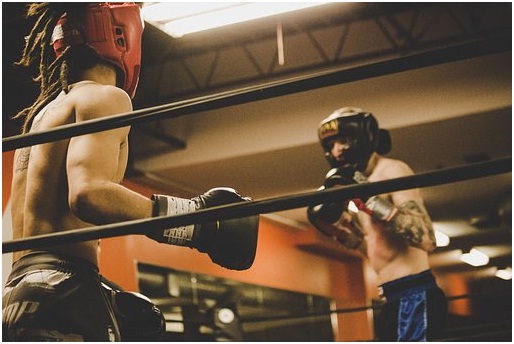