There’s been plenty of talk about how much Anthony Joshua would weigh ahead of his March 31 fight against Joseph Parker. His trainer Robert McCracken had set the former a target of 17st 10lbs by the weigh-in date. In his last fight against Carlos Takam, Anthony Joshua had weighed 18st 2lbs, while his weight stood at 17st 12lbs at the time of Wladimir Klitschko clash in April last year. Joshua is going all out to get fit for the upcoming bout and is prioritising speed over size.

While people are already speculating about the exact weigh-in figures for the Joshua v Parker fight, Eddie Hearn, Joshua’s promoter put all doubts to rest when he recently visited the fighter and updated his fans about the star boxer’s current weight. He revealed that the 28-year old champion was coasting at 17st 6lbs fully clothed when they were still seven weeks away from the fight night! Eddie even tweeted the exact figures and posted a video of Anthony Joshua working out in a Sheffield gymnasium!

Joshua’s been criticised for his bulkiness in the past

In spite of Antony Joshua’s phenomenal professional record, a section of boxing experts have come down heavily on his bulky physique in the past few months, often mentioning that his large body size significantly limited his swiftness and motion inside the boxing ring.

As his fight against Joseph Parker would be a major stepping stone for unification of the heavyweight world titles, Joshua is leaving no stone unturned for what he believes to be the sternest test of his boxing career so far. He is going all out to be as light on his feet as possible when he steps into the ring in the Principality Stadium on March 31.

In fact, if you recall the first press conference that was held for promoting the Joshua v Parker fight, AJ had clearly hinted that he would come down significantly in terms of his body weight for the bout against the Kiwi.

Anthony Joshua had clarified month that even though he was 18st 4lb in the fight against Takam, considering that he had brought his weight down to 17st 8lb already, it was only about working harder and watching everything he eats. 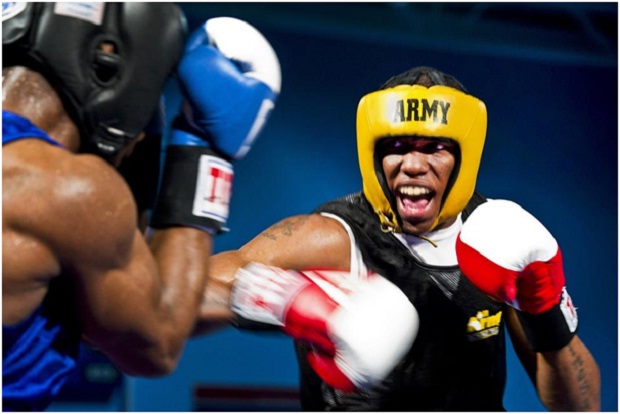 Talking to the press, Joshua had said, “We will see how I get on in sparring and stuff and tailor it if we need to. I think I’ve learned about my weight now and as I get older, what I’m eating. I think speed is in power. When you’re heavy and you try to club these durable fighters, it’s not that simple just to go ‘boom’. Just because I’m the most muscly man, it doesn’t mean I can just hit someone and knock them out. It’s the shot that you don’t see coming that knocks you out. When I’m quicker – bang, bang, bang – that’s when I can knock my opponents down a lot easier.”

The fighter has made alterations to his training, changing little things here and there, in terms of his training times, physio, recovery, diets and everything else to make things work. And it is showing in his body movement and looks.