November 1986, Japan. Ryo Hazuki became an unwitting witness of the incident, which resulted in the death of his father. The killer disappeared into the sunset with bodyguards, taking with him the mysterious Dragon Mirror. What kind of mirror? What has happened? How terrible would be the revenge?

So began one of the greatest gaming stories in history. In December 1999, the world saw the game Shenmue, rightfully considered as a work of digital art. 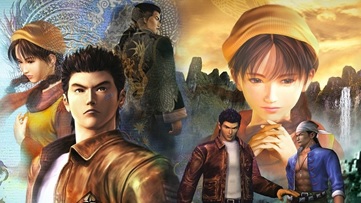 The end of the twentieth century was rich in cultural upheavals. The game industry did not lag behind the general trends, and the Japanese game designer Suzuki, who had a hand in such projects as Out Run and Virtua Fighter, decided to go on a bold experiment. Most modern game developers use the scheme “simple gameplay with a stupid story, the purpose of which is a justification of what is happening on the screen”. But Suzuki thought – is the game able to touch the heart of the gamer with its meaning and give something more than just a simulator for motor skills? The conclusion was quite obvious, and Suzuki made a decision that affected the look and taste of whole generations. His brainchild, Shenmue, released exclusively for the Dreamcast console, radically changed the very concept of a video game. Gamer got acquainted with History. What is it about? About everything. About love, about revenge, justice. A beautifully told story about eternal human values. Lucky for you, romsmania.com can provide you with the roms of the game.

The kitten at the beginning of the game occupies a very important place in the narrative.

Genre FREE (Full Reactive Eyes Entertainment), created by Suzuki specifically for the project Shenmue, was designed to humanize the game world. If you like such a genre of the games, you can also search for other interesting roms. 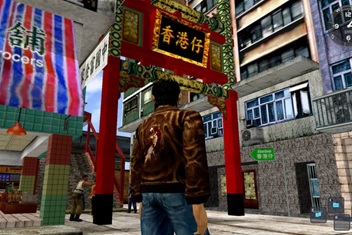 Despite the linearity of the narrative, for each player the passage was special: the developers did not stint on the small gameplay details, and when faced with one event, the player did not pay attention to others. Such a system allowed each gamer to experience the story in different ways, and each new passage provided an opportunity to pay attention to new and new details to the insanity of a rich game world. Time and weather are subject only to AI’s will: in the morning, rich in facial expressions and most of the unique NPCs went to work, and in the evening logically returned from it. In the community of gamers, even experiments were conducted with attempts to see in Shenmue at least two identical passers-by, but it was a failure. The player went on location, feeling life in his environment, and every detail made it clear – this is a living world politely leading you along the lines of narrative, identifying the player with the hero and integrating the concepts of the plot and the gameplay into a single whole.

The adventure that remains in memory forever. One of the so-called “casual encounters”, allowing each player to see Shenmue in their own way.

Of course, a separate paragraph deserves the aspect of QTE-scenes, the concept of which was also first invented by Mr. Suzuki specifically for Shenmue. The player for the first time could control the progress of the whole rollers, and this added to the game a good portion of the dynamics and effectiveness of the narrative. Primitive pampering with our reflexes, but the elegance with which the developers realized this aspect is amazing. Each QTE-episode, often not expected by the player, was an inseparable symbiosis of cinematography and gameplay. Now this technique is used in a lot of modern AAA games. But QTE is not the only component that does not let the player get bored of the storm of events. The father’s love of the main character to the martial arts allowed the developers to create in the game a full-fledged combat system, quite comparable, for example, with the already mentioned works of Suzuki, Virtua Fighter. In this game, of course, is not a classic beat up: you have to fight only at certain moments in history, and every battle scene is made to the conscience. There’s a place to turn around, that’s for sure.

One of the most interesting QTE episodes – the player had to keep composure and not to touch the buttons.

Returning to the monologue about the cultural value of such a phenomenon as Shenmue, it is worth noting that in our time, there’s a lack of such projects. In most products that a modern gamer sees, there are absolutely no emotions. Corporations create from a wonderful game universe a milk cow, providing the consumer with a total passage, empty and faded.

While other projects offered the player only the destruction of hordes of sprite monsters and running from point A to point B, Shenmue allowed the gamer to identify experiences with the hero. The player had fun, sad, loved, listened, it would seem, complete nonsense during casual game meetings. The player lived. Experience Shenmue has opened for the gaming industry a whole new way. The cocktail from Suzuki’s creative inspiration, innovative technologies and selfless labor gave us the gameplay that was unique at that time, which is equal to many modern game developers.

Shenmue, of course, is a precious heritage of the gaming industry, a monument to inspiration, experience and feelings, which we have in a serious deficit. Once seriously acquainted with the brainchild of SEGA AM2, you will forever learn to distinguish sincere art from commercial tinsel.