UFC 229 takes place in Las Vegas on October 6 and a showdown between Lightweight champion Khabib Nurmagomedov and former title-holder Conor McGregor. Perhaps the biggest fight of all though may be in the negotiating rooms and a battle over how much each fighter will receive for the much-anticipated contest.

Just as in the world of boxing there’s the seemingly never-ending negotiations over a bout between Anthony Joshua and Deontay Wilder, the same could happen in the UFC with Ali Abdelaziz, who manages Nurmagomedov determined to get the best deal possible as negotiations continue to confirm the UFC 229 fight card. 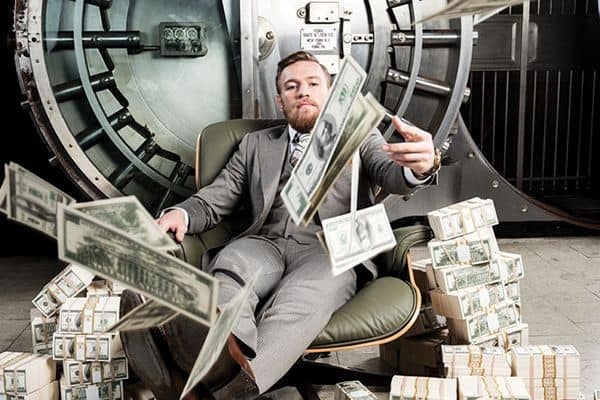 “If you want to make this fight happen, it’s about money,” Abdelaziz said. “It’s not about who’s the champion, the rankings — none of this stuff. It’s about money. Khabib wants to kick his ass, I want to see it, but at the end of the day, if Conor fights it’s business.”

He already has a figure in mind for how much the UFC Lightweight champion should receive for a fight against McGregor, most likely at UFC 229. In his view, there’s no way that his client will face McGregor if he receives less money than Nate Diaz was paid to take on the Irishman. It’s believed Diaz received a guaranteed $2m for his fight against McGregor at UFC 202 with that figure boosted by his share of the PPV revenue.

Abdelaziz Confident of a Deal

It’s always good to have helpful connections and Ali believes that his relationship with UFC president Dana White, general counsel Hunter Campbell and matchmakers Sean Shelby and Mick Maynard will help him get a date sorted.

“I’m not gonna overplay my hand and they need to be fair. There’s no way in hell Nate Diaz can make more money than Khabib. There’s no way in hell. [Nurmagomedov is the] undefeated, undisputed lightweight champion of the world. That’s it,” said the determined manager. If he can get Nurmagomedov $10m then he’ll be delighted for the client, he describes as being “my little brother” and “one of the biggest stars in the UFC today.”

There’s already been plenty of trash talk between the champion and McGregor with Nurmagomedov even going so far as saying that the Irishman isn’t deserving of a title fight after losses to Diaz and Mayweather. 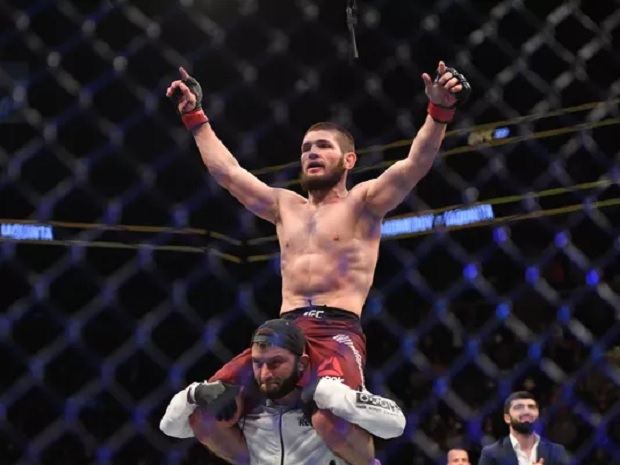 Who else could Nurmagomedov face at UFC 229?

Negotiations don’t always work out though, so what happens if a deal can’t be reached for a UFC 229 fight date with McGregor?  According to his manager, Nurmagomedov wouldn’t be adverse to putting his title on the line against Dustin Poirier who has a recent win over Eddie Alvarez.

“Poirier will get the shot. I think he deserves it before Conor. But Conor wants to come, you’ve gotta bring your check book with you. Because he doesn’t deserve it. Poirier deserves it. “Another potential opponent at UFC 229 IS Georges St-Pierre

It’s McGregor where the real money awaits and Nurmagomedov’s head coach Javier Mendez is expecting them to meet this year, saying “What will surprise me is if it happens next year. That would be a surprise.”

McGregor isn’t known to be a quiet guy and when asked by TMZ If a UFC Lightweight title showdown was imminent, he said that it’s “very close” and hopes it will be on the UFC 229 card, though the Irishman would love it to be at Madison Square Garden for UFC 230 but said: “I believe this one will be in Las Vegas.”

All seems set then for a showdown on the UFC 229 fight card. Let’s just hope the behind the scenes negotiations over cash won’t rule out this potentially great contest.