It has been announced that a Tyson Fury and Deontay Wilder rematch will occur next year with a contract being signed recently. The two first faced one another in December 2018 with the fight ending in a draw. The bout would see the winner claim the WBC heavyweight title, something which Wilder has managed to retain for his last nine bouts since he defeated Ben Stiverne in 2015. Luis Ortiz already has his rematch against the champion scheduled for later this year but Fury has scheduled a couple of build-up fights first. 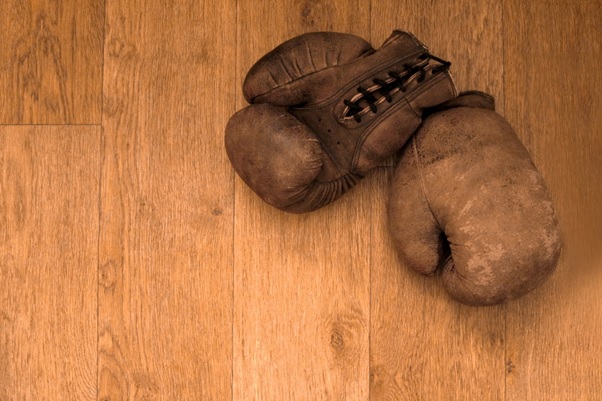 Tyson Fury has already defeated Tom Schwarz in his run-up to the Wilder rematch – a fight which many fans were disappointed with. The fight seemed very one-sided and fans said they were disappointed to see Fury take on such an easy challenge. The fight ended in just two rounds, confirming fans predictions and putting pressure on Fury to fight someone who posed a threat. Unfortunately for those fans, on September 14th Fury will face Otto Wallin, another unknown boxer in the division. These two fights have led Fury to come under a lot of scrutiny with many people, stating that he is looking for an easy way up the heavyweight ladder.

Anthony Joshua, another heavyweight boxer, has announced his views on the fight, stating that Fury “shouldn’t be fighting them type of people – I can’t fight Wallin, don’t think I can ever fight lower-tier heavyweights.”  Slightly awkward for the unknown Swedish boxer, although he has defended himself stating that he hasn’t “been at the elite level in fights but I have sparred big names and know I am at their level.” The Swede hit back at Joshua by saying he was looking forward to fighting the best heavyweight – Tyson Fury.

Besides the public catfight going on between Joshua, Fury, Wallin and other critics, Fury and his trainer Ben Davidson have defended the bout. With such a huge fight between Fury and Wilder agreed for next year, the Gypsy King needs to be prepared accordingly. Wilder is a very tall boxer, towering in a 6ft 7in and is one of the only heavyweights to get close to Fury’s tall 6ft 9in stature. In his preparation, Fury needs to be facing similar boxers to Wilder to ensure he is prepared correctly, which is one of the main reasons he is fighting Wallin. Wallin stands at around 6ft 5in, so was an immediate option to face Fury – what got him the bout was that he was available. Wallin was actually the third choice for the Gypsy King but other boxers weren’t available to fight. With this in mind, it is clear that Wallin wasn’t chosen because he was an easy option, he was the best option that suited the criteria needed.

That being said, the Gypsy King hasn’t helped his case by having a relaxed build-up to the fight. Boxers undergo many intense training sessions before any fight, and with his WBO Inter-Continental heavyweight title on the line, you would presume that Fury was focussed.  However, Fury has been spotted at a gun range in the Nevada desert during his downtime, stating that he is ‘working on his accuracy’ for the fight – not exactly a way to convince fans you’re taking this fight seriously.

It seems as though the Gypsy King is not focussed on the fight as he doesn’t seem to be taking it too seriously. Wallin is merely a warm-up hurdle for Fury, but could the Swede catch him off-guard? Wallin is currently unbeaten and although this is his biggest fight ever, he has said that he’s been dreaming of this moment since he was 15-years-old. Seeming very prepared and confident for the event, could we see Wallin take Fury by surprise? The Fury v Wallin betting odds seem to be stacked against him but he might end up surprising us all on the night.