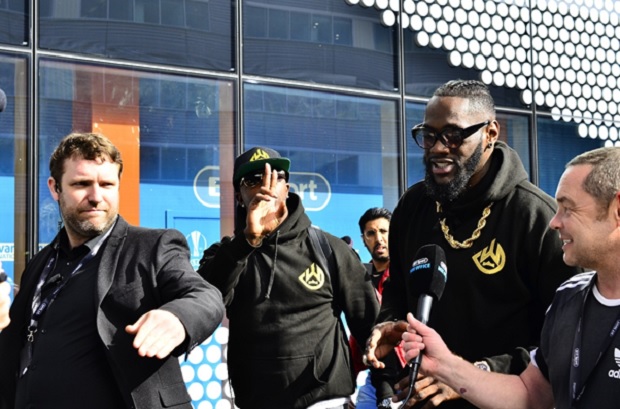 When it comes to the heavyweight division, it’s fair to say that Deontay Wilder has been vastly underrated for a large part of his career. His professional record stands at 42 wins from 43 fights, with 41 of those coming by way of knockout. He has held the WBC title since 2015 and defended it on 10 occasions. The only blip in his career was the split-decision draw against Tyson Fury in December 2018.

The two are set to meet in the ring again early next year and while the latest Deontay Wilder v Tyson Fury betting odds don’t favour the Bronze Bomber, it’s set to be a thrilling rematch and one that all boxing fans are looking forward to. Ahead of next year’s fight, let’s take look back at how Wilder’s defended his title.

Wilder first looked to defend his title in his hometown of Birmingham, Alabama but the win wasn’t as straight-forward as many were anticipating. In the third round, he was rocked by a left-hook before recovering and delivering several knockdowns of his own. The first came at the end of the fourth round, before two further punches in round five nearly caused referee Jack Reiss to wave off the contest. In the ninth round, he deployed a one-punch blow to send Molina to the canvas, unable to recover.

Wilder’s second defence of his title was once again in front of a hometown crowd. His opponent this time Duhaupas did well to last the 11 rounds, as he took quite the beating. The Bronze Bomber was more dominant this time, landing almost as many punches as Duhaupas delivered. In round seven, the referee went to the Frenchman’s corner and threatened to end the bout if he didn’t put up a fight, and he tried to come back. Wilder finished him off in the eleventh round after a flurry of unanswered punches.

‘Knockout of the Year’ was how Premier Boxing Champions described Wilder’s finish against Szpilka, which famously ended with Fury entering the ring to call out the Bronze Bomber. It took nine rounds for Wilder to land a right hook flush on his Polish opponent’s chin and he hit the deck. Szpilka started well, giving a good account of himself, defending against Wilder’s weaponry but in the second half of the fight he looked to tire. The Bronze Bomber got into his stride and his knockout blow caused the ringside physicians and emergency medical personnel to enter the ring.

After his fight against Alexander Povetkin was cancelled, Wilder defended his title against American Arreola. Boxing with a broken right hand, that didn’t matter as Wilder fought almost one-handed and sent Arreola to the canvas as early as round four. It looked as though Arreola would be unable to recover, with Wilder continuing to be the powerful force he is in the ring, and in the eighth round, Arreola’s trainer threw in the towel.

After spending the rest of 2016 out following surgery on his hand, Wilder returned to the ring to once again defend his title. Washington started the stronger of the two, with Wilder the more mobile, almost dancing around the ring. Wilder got his opponent against the ropes in round five, unleashing powerful shots to leave Washington unsteady. Although he recovered, the Bronze Bomber wasn’t done there and landed the killer blow to Washington’s head to leave the referee no choice but to call off the contest.

Wilder had previously overcome Canadian Stiverne by unanimous decision, but this result was much more convincing. It doesn’t get much better than a first-round win by way of knockout. Wilder had already landed powerful blows on Stiverne, with the Canadian hitting the deck three times prior to the referee stopping the fight before the three-minute mark. Two right hands followed by a left hand was enough for Wilder to defend his title.

Ortiz returned to the ring following his failed drugs test to challenge for the title. The bout started cautiously, with neither boxer able to land a killer punch – it took until the fifth round for Wilder to take control. Although he soon started to take head shots, he found himself on the ropes but didn’t hit the deck. After conserving his energy, Wilder hurt Ortiz with a right hand in round nine and then unleashed his power in the tenth, dropping Ortiz twice before the bout was ended.

When Wilder met Fury, both boxers were unbeaten so it was always going to be a close-fought battle. With the bout ending in a draw, the Bronze Bomber retained his title although the crowd at the Staples Center believed that Fury had done enough to secure the decision. Both boxers were backed into corners, landing on the ropes and hitting the canvas. With fatigue setting in towards the end, neither could land the killer blow and both boxers embraced after the final bell sounded.

Another first-round knockout, this time against fellow American Breazeale was enough for Wilder to retain his title. A standard one-power punch with his right fist sent Breazeale flat out.

While it took 10 rounds for Wilder to beat the Cuban last time out, last month he managed a seventh-round knockout to retain his WBC title for a tenth time. The victory saw the Bronze Bomber level with Muhammad Ali with 10 successive defences of his heavyweight title. Even though Ortiz controlled the early exchanges, a trademark pulverising right blow left King Kong in a heap and he was counted out.