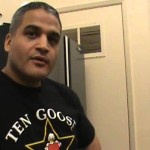 Ricky Funez manages Ten Goose Boxing in Van Nuys, California alongside Joe Goossen , who is the chief trainer of John Molina Molina (27-2-5 22 KO) meets Adrien Broner Saturday at the MGM Grand in Las Vegas, on the first installment of the PBC boxing series, which will air on NBC prime time. Funez has been a fixture in boxing for 25 years. As a mischievous street kid, he … END_OF_DOCUMENT_TOKEN_TO_BE_REPLACED 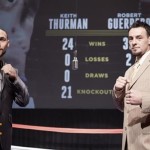 Keith Thurman and Robert Guerrero will clash in the classic scenario of top prospect meets veteran on Saturday, live from the MGM Grand in Las Vegas. This bout is also the debut of Premier Boxing Champions (PBC) series that will also be aired on Spike TV and CBS. Thurman (24-0, 21 KO) has boxing talent, looks, personality and is poised for the next step in his career. … END_OF_DOCUMENT_TOKEN_TO_BE_REPLACED 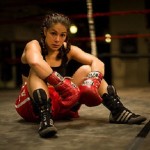 There’s no quit in Melissa McMorrow.  This Saturday, February 28th, the former world  flyweight champ will go south of the border for the third straight time to face undefeated WBO flyweight champion Kenia Enriquez (13-0, 6 KO’s).  At just 21 years old, Enriquez is one of the top rising stars in female boxing and is making the first defense of the title she won just … END_OF_DOCUMENT_TOKEN_TO_BE_REPLACED

Brandon Rios tore through Mike Alvarado on January 24, scoring a third round TKO victory, putting an emphatic end to their trilogy. Rios was sharp, in great condition, looking capable and ready to handle any opposition the welterweight division has to offer. This is the Rios fight fans want to see. “Bam Bam” snapping heads back, intent on, and enjoying the task at hand- … END_OF_DOCUMENT_TOKEN_TO_BE_REPLACED

Hangin With Mr. Cooper "For the stars and the stripes prison bars and the pipe Young nigga rolling weed in a cigar he can light, bang red either blue selling hard and the white, live by the gun, never run from a fight, Trayvon in a hoodie, walking through the neighborhood he, didn't do shit to buddy, he didn't have to die did he? I guess it's because his dad was a judge in … END_OF_DOCUMENT_TOKEN_TO_BE_REPLACED