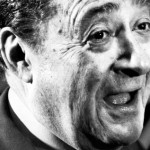 Wednesday, when Manny Pacquiao called for a press conference in General Santos City, Philippines to inform the media of "ongoing" negotiations for a mega-fight with arch-rival, Floyd Mayweather Jr., little did he know that nothing could be further from the truth. Because, while Pacquiao was telling the assembled reporters about these plans, every management figure associated … END_OF_DOCUMENT_TOKEN_TO_BE_REPLACED