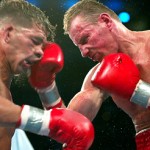 By Fox Doucette What is a Hall of Famer? You name the sport, you'll get dozens of people with dozens of opinions about the criteria for enshrinement in their sport's hallowed halls of immortality. Do championships matter? If so, Dick Butkus never appeared in a playoff game during his career with some truly awful Bears teams in the 1970s, but he is correctly considered one of … END_OF_DOCUMENT_TOKEN_TO_BE_REPLACED