The Guillermo Jones-Denis Lebedev WBA cruiserweight title rematch in Moscow, Russia has officially been cancelled due to Jones testing positive for the banned diuretic and masking agent, Furosemide. This is the same substance found in Jones' system after his eleventh round KO of Lebedev last May. On that occasion, the positive drug test prompted the WBA to strip Jones of the … END_OF_DOCUMENT_TOKEN_TO_BE_REPLACED 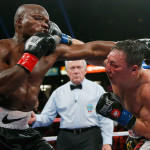 There were a lot of bright, glowing moments in 2013 for long-suffering hardcore boxing fans. A return to stacked (or semi-stacked) undercards saw some solid PPV co-features as well as some genuinely entertaining triple and quadruple-headers on HBO/Showtime. The cold war between Top Rank-Golden Boy and HBO-Showtime, instead of "ruining" the sport, actually saw all parties … END_OF_DOCUMENT_TOKEN_TO_BE_REPLACED 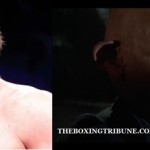 Hello team and welcome to another star-studded episode of boxing's Sunday Brunch. This week we're chopping some big fights from over the weekend - from the Former Soviet Union all the way to the Boardwalk Hall in Atlantic City, New Jersey - Hold on to your locally grown blueberries and crack open an ice cold cerveza Quilmes (the national beer of Argentina), we're about to get … END_OF_DOCUMENT_TOKEN_TO_BE_REPLACED 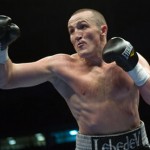 by Fox Doucette Just when you thought Denis Lebedev (24-1, 18 KOs) couldn't surprise us any more, he has just become the WBA cruiserweight champion without even throwing a punch. Considering how he got to be even so much as the “interim” champ (by beating James Toney in a black mark on the sport a year ago), the machinations of the oldest of the alphabet soup organizations … END_OF_DOCUMENT_TOKEN_TO_BE_REPLACED

by Fox Doucette (This continues my series of writing columns in other writers' styles. With rumors floating around that Mitt Romney will choose Florida Senator Marco Rubio as his running mate, I thought it's high time for an article done in the political-satire style of The Onion.) Trying to add some punch to his challenge to unseat President Barack Obama this November, … END_OF_DOCUMENT_TOKEN_TO_BE_REPLACED