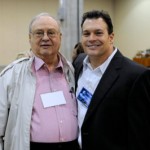 If you're surprised that the Texas Department of Licensing and Regulations dropped the ball in the Julio Cesar Chavez Jr.-Marco Antonio Rubio drug testing controversy on February 4th, then you really haven't been paying attention to the fabulously corrupt/inept world of big-time Texas boxing. To re-cap, of the 18 fighters on the February 4th card at the Alamodome in San … END_OF_DOCUMENT_TOKEN_TO_BE_REPLACED