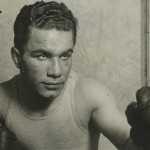 (Originally published in FraNoi, Vol. 55, Issue 12, December 2015. Reprinted here with permission of Fra Noi, www.franoi.com, Copyright 2015.)   By Steve Corbo There was a time in this country, before the advent of television and the explosion of the NFL and NBA, when three professional sports dominated the American landscape: baseball, horseracing and … END_OF_DOCUMENT_TOKEN_TO_BE_REPLACED