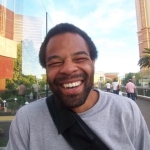 The man accused of shooting boxer Emanuel Augustus in the back of the head Monday evening has reportedly been apprehended. According to local area law enforcement in Baton Rouge, LA, 21-year-old Christopher Stills is facing charges of attempted second-degree murder, felony possession of a handgun, and illegal use of a weapon. Per New Orleans' Times-Picayune newspaper: … END_OF_DOCUMENT_TOKEN_TO_BE_REPLACED