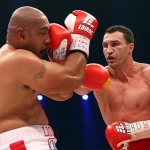 Nobility is an oft-misused word, generally confined to tales of ancient Greek or Roman origin, to refer to deeds done in subjugation of the individual ego in favour of the greater good. Hercules performs 12 tasks to save a nation; Jason battles for the Fleece to preserve the future for his people. I used to use the word in the seventies to refer to heavyweight boxers. It … END_OF_DOCUMENT_TOKEN_TO_BE_REPLACED 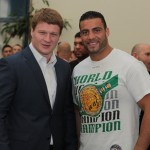 This Friday in Moscow, heavyweight contenders Alexander Povetkin (26-1, 18 KO’s) and Manuel Charr (26-1, 15 KO’s) square off in a scheduled 12 round contest at the Luzhniki Stadium. Up for grabs is the vacant WBC International heavyweight title. Also at stake for the former Klitschko victims is a shot at the WBC heavyweight crown, recently won by Bermane Stiverne. It would be a … END_OF_DOCUMENT_TOKEN_TO_BE_REPLACED 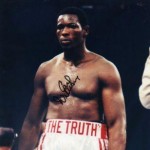 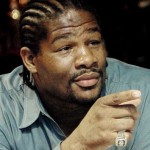 Former undisputed heavyweight champion Riddick Bowe sat down with The Boxing Tribune’s Kelsey McCarson recently to discuss his planned 2012 comeback, his epic wars with Evander Holyfield, and what he really thinks about the Klitschko brothers.  The Boxing Tribune: Riddick, the first question I want to ask is just something I’ve always wanted to ask somebody like you.  … END_OF_DOCUMENT_TOKEN_TO_BE_REPLACED 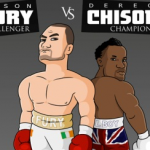 by Kelsey McCarson Promoters are calling it “The Big Brawl to Settle it All”. Like most promotional fight titles, it is equal parts misleading grandeur and apt descriptor rolled into a smorgasbord of half truths all aimed at separating you the consumer from your hard-earned money. No matter what it’s called though, Tyson Fury vs Dereck Chisora is the second heavyweight … END_OF_DOCUMENT_TOKEN_TO_BE_REPLACED