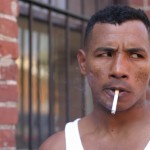 by Alphonso Costello In honor of Lamont Peterson’s failed drug test and subsequent cancellation of his rematch against Amir Khan, I took it upon myself to research and compile a list of the sport’s most notorious drug cheats. The following list is made up of boxers who received, tested positive or admitted to using performance enhancing drugs. So let’s ditch the fluff … END_OF_DOCUMENT_TOKEN_TO_BE_REPLACED