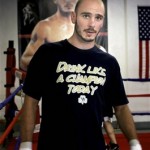 Former middleweight champ, Kelly Pavlik, was arrested Wednesday night in Canfield, Ohio and charged with driving under the influence (DUI). According to the police report, Pavlik hit a lamp post and telephone pole with a green ATV before driving home. When officers came to investigate, Pavlik's friend, Daniel Ferreri claimed to have been driving the vehicle. Then, an … END_OF_DOCUMENT_TOKEN_TO_BE_REPLACED 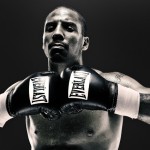 By Fox Doucette Before we begin, a disclaimer: I'm not calling out any fighter's toughness here. Anyone who accepts a relative pittance (and even what Pacquiao and Mayweather make counts, especially when compared against a designated hitter's salary) to step into a modern version of a gladiatorial arena for combat has my respect. This is simply about a fan's frustration with … END_OF_DOCUMENT_TOKEN_TO_BE_REPLACED 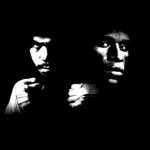 The best part of boxing is that there are so many available match-ups, so many possibilities for stellar bouts and brutally entertaining wars. And the worst part? The best fights often get bogged down in boxing politics and ridiculous promotional turf wars. Often, the hardcore boxing dream fights don't get made and, if they do, they get signed years after they make … END_OF_DOCUMENT_TOKEN_TO_BE_REPLACED 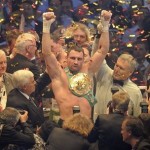 by Fox Doucette It is not my usual MO to get political. But as an American, I've watched my country put on a pretty shameful display for the rest of the world for oh, going on ten years now. The debt ceiling debate and Congressional brouhaha was a farce that made the Paul Williams-Erislandy Lara judging debacle look like a triumph of reason and intelligent decision making. … END_OF_DOCUMENT_TOKEN_TO_BE_REPLACED 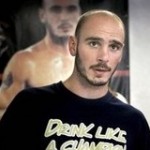 Former middleweight champion, Kelly Pavlik, has pulled out of this Saturday's Showtime bout with Darryl Cunningham, forcing the televised ShoBox special as well as the live card at the Covelli Centre in Youngstown, OH to be cancelled. It has been reported that Pavlik and his team were unhappy about the money guaranteed by his promoter, Top Rank, for a pending bout with IBF … END_OF_DOCUMENT_TOKEN_TO_BE_REPLACED