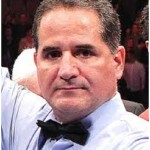 In my 2014 Boxing Awards, I included the following regarding Referee Luis Pabon: “Best single job of refereeing: Luis Pabon “Pabon refereed the WBA super lightweight 140 lbs title fight between champion Jessie Vargas and challenger Antonio De Marco on November 22 in Macao. The sometimes-criticized Pabon was invisible and was just about perfect in this one. He followed it … END_OF_DOCUMENT_TOKEN_TO_BE_REPLACED 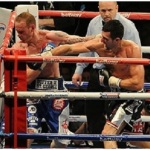 "Terence Crawford is the nearest thing we will get to Floyd once he leaves."—Alan Peddie "Lomachenko is a guy who makes you believe that you're watching something out of the ordinary when you see him fight."—Max Kellerman "When I first met him [Anthony Joshua] I couldn’t believe he was bigger than me – an inch taller at 6ft 6in. I thought oh my God. Then I thought oh … END_OF_DOCUMENT_TOKEN_TO_BE_REPLACED