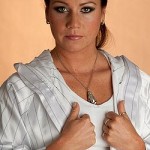 by Jim McGrady With our two headlining players unavailable for the holidays, The Boxing Tribune digs deep into it’s double A farm system for the best, semi-reliable, middle reliever available (yours truly), to hold things over until our star closer returns next week to close out the year. Seriously, it’s cool to sit at the head of table even if the slow fight week brings … END_OF_DOCUMENT_TOKEN_TO_BE_REPLACED

by Dafs117As I write this, James Toney, one of the best fighters of the 90’s, is planning to wage war with MMA heavyweights across America. If he can avoid being side kicked or being splashed on the canvas like a beer logo with submission holds and ju-jitsu grappling, ‘Lights Out’ is expected to pocket a few more dollars than he would in boxing.A few writers and radio talk show … END_OF_DOCUMENT_TOKEN_TO_BE_REPLACED

by Paul MagnoThe recent confirmation that last Saturday's Floyd Mayweather-Juan Manuel Marquez pay per view reached one million buys once again proves that the five hundred monthly "Boxing is Dead" articles that originate from MMA websites and ignorant members of the mainstream press are way off base.Dana White, the figurehead of the UFC and one of the principal causes of the … END_OF_DOCUMENT_TOKEN_TO_BE_REPLACED