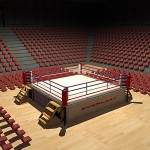 by Fox Doucette The day after Christmas is known throughout the British Commonwealth as “Boxing Day”, but just try to find a good fight on December 26th---there ain't one. Nobody schedules big fight events for right around Christmas, even though the audience is there, the rest of the sporting calendar relatively barren, and the scene usually set by the fight game's busy fall … END_OF_DOCUMENT_TOKEN_TO_BE_REPLACED 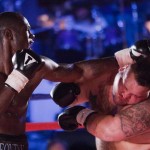 by Fox Doucette Let's talk for a minute about Deontay Wilder, US Olympian, and the future of his boxing career. As anyone who follows sports can tell you, the real money for any athlete isn't in salaries (unless you're Floyd Mayweather and you get to keep the promoter's cut in a pay per view that grossed a hundred million, becoming the #1 paid athlete in the world in the … END_OF_DOCUMENT_TOKEN_TO_BE_REPLACED 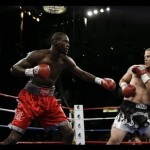 2008 Olympian Deontay “The Bronze Bomber” Wilder (22-0, 22 KOs) will be pitted against former world title challenger, Owen Beck (29-10, 20 KOs) in a scheduled 8-round fight on Saturday night at the Killer Buzz Arena in his hometown of Tuscaloosa, Alabama. Wilder, the heavyweight Bronze Medalist at the 2008 Olympic Games in Beijing, is being brought along painfully slow in … END_OF_DOCUMENT_TOKEN_TO_BE_REPLACED

Robert Stieglitz (37-2, 23 KOs) successfully defended his WBO super middleweight title for the first time by stopping late replacement Ruben Eduardo Acosta (23-4-5, 7 KOs) from Argentina in the fifth round.Acosta began the fight throwing wild, Mayorga style uppercuts and hooks, which immediately caught Stieglitz off-guard. He had a very awkward style, not trying to do anything … END_OF_DOCUMENT_TOKEN_TO_BE_REPLACED