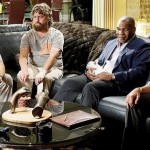 THE BEST CAMEOS BY BOXERS IN MOVIES Hollywood has always had an affinity for boxing films. Boxers have appeared in cameo roles as themselves, as other boxers, and other roles as bit parts. Even some boxers like Randall “Tex” Cobb found himself a second career in Hollywood as a character actor. Here are some of the more notable cameos by your favorite boxers including Sugar … END_OF_DOCUMENT_TOKEN_TO_BE_REPLACED