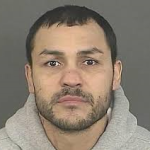 The Denver Post’s Jesse Paul and Nick Groke are reporting that Mike Alvarado (34-3, 23 KOs) was arrested over the weekend on a “felony warrant and suspicion of being a convicted felon in possession of a weapon after officers found a handgun in the glove box of his Hummer during a traffic stop.” Alvarado, the former WBO junior welterweight champion, has lost his last two … END_OF_DOCUMENT_TOKEN_TO_BE_REPLACED