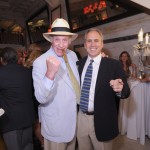 After an association of 33 years, Ross Greenburg and the premium cable network, HBO, are parting ways. Despite rumors to the contrary, all parties are in agreement that the split was mutual and not provoked by the loss of the Manny Pacquiao-Shane Mosley bout to rival network, Showtime in May. "That’s a silly rationale," Greenburg told the New York Times. "That added to my … END_OF_DOCUMENT_TOKEN_TO_BE_REPLACED 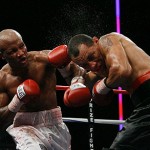 by Chris Milton Ross Greenburg apparently doesn’t know why Floyd Mayweather would not sign to fight Manny Pacquiao. Maybe he needs to watch 24/7 where Pacquiao’s own advisor admits they would only agree to testing up to seven days before the fight. That’s not quite what uncle Bob has been telling us, is it? Check out the Super 6 tournament leader board. It seems as though … END_OF_DOCUMENT_TOKEN_TO_BE_REPLACED 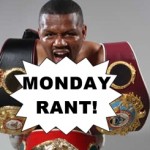 Rant #1: Both Jean Pascal and Chad Dawson gave us "rant-worthy" performances last Saturday on HBO. I'll get to Dawson later... Pascal turned in an extremely cynical performance, directly from the Arthur Abraham school of how to fight in your own back yard. He did nothing for large chunks of the round and then would rattle off a quick 3-5 second flurry in full knowledge … END_OF_DOCUMENT_TOKEN_TO_BE_REPLACED 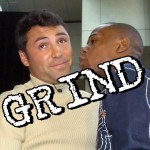 ...Grind, Grind and more Grind... * The he said-he said of whether actual negotiations took place between Pacquiao and Mayweather took another strange turn today as HBO's Ross Greenburg, in an email statement sent to the Los Angeles Times, HBO Sports president, Ross Greenburg, confirmed that he did act as a mediator in negotiations with representatives from both … END_OF_DOCUMENT_TOKEN_TO_BE_REPLACED 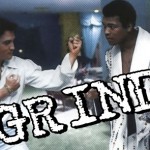 ...More Grind for You... * IBF Super Middleweight champ, Lucian Bute, will be taking on mandatory #1 contender, Jesse Brinkley at the Bell Centre in Montreal on October 15th. Brinkley is maybe just a half step up from club-level and nowhere near as talented as Bute, but there's no dog in the guy and he will be fighting hard for as long as the bout lasts. It should be a … END_OF_DOCUMENT_TOKEN_TO_BE_REPLACED