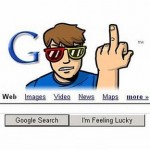 by Fox Doucette You may have noticed this site devoting a fair bit of time to the saga of Vanes Martirosyan last week, keeping up on his illusory fight with Ryan Davis that turned out to be a mirage. Your columnist reported the news as it broke, playing at being a journalist and not just that blowhard who makes dick jokes and broadens the thesaurus in his repeated efforts to … END_OF_DOCUMENT_TOKEN_TO_BE_REPLACED