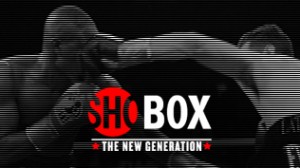 (35-1, 28 KOs) at Chumash Casino in Santa Ynez, California, the first fight in the United States for both fighters.

Both combatants in the main event have very similar profiles as far as level of competition and geographic location of their fights. Olusegun, the African by way of the United Kingdom, has fought all of his fights in Europe and Africa while Chebah has fought in France, Canada, Algeria, and other places that are distinctly not boxing hotbeds in compiling his record. Olusegun is coming off a decision win over a 10-33-2 fighter, while Chebah’s last two fights have been against a guy who was 1-5-2 and another who had 30 career losses. The WBC has made this fight a title eliminator for the belt presently held by Erik Morales; when watching Friday, it will be up to the viewer to decide if either fighter would be anything other than a soft touch for the Mexican champion given their level of competition thus far in their careers.

The co-feature involves Darley Perez (22-0, 17 KOs) against thrice-knocked out Oscar Meza (22-4, 18 KOs), who is 0-4 against undefeated fighters (not counting professional debuts) and 22-0 against everybody else in his career. The matchup has all the makings of a modest test for Perez, the kind of fight that a true prospect wins and a puffed-up non-prospect loses. If Perez can pass this challenge, he will earn the right to call himself a true prospect at lightweight as his career moves forward.

The fights air on Showtime in the United States at 11 PM Eastern/8 PM Pacific on Friday, September 30.