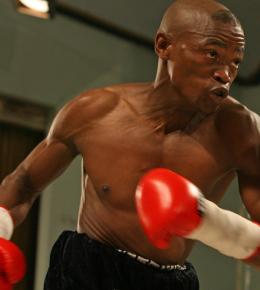 29th.  He will face challenger Katsunari Takayama (24-4, 10KOs) in his home country of South Africa.

The fighters met previously in the ring on January 29, 2011, but the bout ended in the third round with a NC ruling by the referee.  Takayama suffered a bad cut near his hairline, allowing Joyi to retain his belt.

Joyi comes into this upcoming bout undefeated and ranked number one in the world by The Boxing Tribune.  This southpaw fighter holds a four inch height advantage as well as a five and half inch longer reach.  This will be his second title defense.

Takayama is ranked 15th in the world by The Boxing Tribune and has four losses on his record, one by way of knockout.