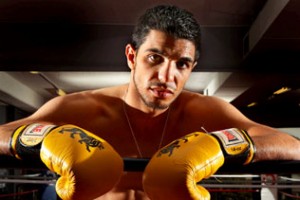 November 19th at the Homebush Sports Centre in Sydney, Australia.

At 26 years old, Australian fighter Dib is ten years younger than his opponent and is ranked 12th in the world among featherweights by The Boxing Tribune.  This will be Dib’s first defense of his IBF Featherweight title.  He won the belt on July 29, 2011 with a UD win over Jorge Lacierva (39-7-6).

Servidei is a southpaw fighter who comes into the bout undefeated.  This will be Servidei’s first fight outside of Italy and will afford him the opportunity to continue his ascent in the featherweight division.

Co-headlining this event will be WBU Cruiserweight Champion Danny Price vs. James Chan.