The quiet controversy surrounding the death of Lance Corporal Libardo Anthony Jimenez Jr., a veteran of Operation Iraqi Freedom and amateur boxer on the U.S. Marines Boxing Team, is typical of the shady side of boxing. When the United States Marine Corps dismissed trainer Ronald Simms following the unfortunate death of Jimenez, one would guess he would fade off into the distance. But as we saw in the case of Javier Capetillo, the former trainer and alleged sole conspirator in the infamous “Plaster-gate” scandal of 2010, the disgraced find a way back.

While Capetillo may never again be licensed to train another fighter in the United States, he has remained active outside the borders of the States. Recent reports of Simms’ alleged connection to USA Boxing’s amateur program have raised some red flags, given the seriousness of the circumstances surrounding his dismissal from the USMC’s All-Marine Boxing Team.

For those not in the know, Simms was dismissed following an investigation into the death of Lance Corporal Libardo Anthony Jimenez Jr. in March 2010.

Jimenez, 21, a winner of several medals of war ended his tours of duty in Iraq in January 2010. Upon his ret 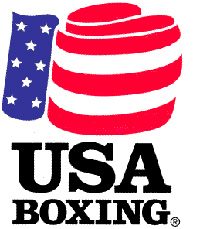 Jimenez was first treated for a nose injury on consecutive days from February 27 through March 1, 2010. After three more trips to Marine Corp doctors, Jimenez showed up for his last day of training on March 20, 2010. After taking part in a 20-minute rigorous training regimen employed by Simms consisting of 11 rounds of 30-60 seconds of sparring, 8 rounds of a circuit course, and 2 rounds of sparring 3-minute rounds, Jimenez lost consciousness was taken to a nearby hospital. After his condition worsened, Jimenez was transported to Pitt County Memorial Hospital in Greenville, North Carolina, and would pass away on March 23, 2010.

A preliminary investigation was launched by the Marine Corp., in which several members of the All-Marines Boxing Team alleged gross misconduct and neglect on the part of Simms. One Marine stated Simms’ replied “you better find a way to breathe”, when Jimenez’s complained he was unable to breath (as a result of the previously documented nose injury). Another Marine alleged Simms never stopped the sparring session to check on a clearly dazed Jimenez.

Complete statements from Marines in attendance the day Jimenez was rushed to the hospital were included in an in-depth four-part investigative series done by Stephen Johnson of Inside Boxing and can be read here.

Simms was eventually found unfit to coach the All-Marines Boxing Team, but would not be held responsible for the death of Jimenez, despite the statements of many members of the team alleging he did nothing to assure Jimenez was not seriously hurt or in danger.

Eventually, Simms found his way onto the staff of USA Boxing’s 2012 Olympic Team. USMC Gunnery Sergeant Reuben A. Woodruff alleges in an email to his Congressman, Simms’ banishment from the All-Marines Boxing Team, as well as being forbidden from any contact with a member of the team. He also alleges USA Boxing was made aware of Simms’ status with the All-Marines Team. After Simms was invited to a USA Boxing training camp in December 2010, he was asked to step down because Corporal Tommy Roque, a Corporal from the All-Marines Boxing Team was in attendance. Simms refused to step down, however, forcing Roque to miss the camp.

USA Boxing’s Executive Director, Anthony Bartkowski announced that USA Boxing would launch an investigation into the matter, following concerns voiced over Simms’ appearance at USA Boxing events and being added to the team as a volunteer assistant coach under head coach Joe Zanders.

Several of my phone calls attempting to make contact with key figures of USA Boxing’s staff were unreturned. I was only able to ascertain that USA Boxing would not outright deny Simms’ involvement with the team, and would only clarify that the only coach employed by USA Boxing is head coach Joe Zanders – all others are volunteers and thus not officially employees of USA Boxing.

To date, USA Boxing has not concluded their investigation into the matter. USA Boxing would, however, provide the following statement in response to several inquiries into the findings of their ongoing investigation:

It is unclear whether the findings of any investigation will be made public, as it is stated that the findings will be presented to USA Boxing’s Board of Directors. We will, however, follow the story as it (hopefully) develops and report on any findings.