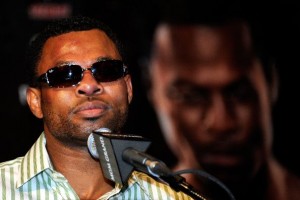 Thus far, fight fan reactions to the announced bout have been mixed at best.

In his last fight, Mosley lost nearly every round in a lackluster decision to Manny Pacquiao in what appeared to be a total non-effort by the former champion.  Since then, Mosley has insisted he went into the fight with an injured Achilles tendon.  Most fans, feeling bilked out of their hard-earned PPV money, haven’t yet forgiven the once celebrated Mosley for it, so it is incumbent upon him to make them forget it once the bell rings against Alvarez.

At it’s worst, the fight will be a showcase for Alvarez as he prepares to soon headline major PPV cards of his own, while at it’s best, it could be Canelo’s toughest test to date should Mosley come into the bout focused and prepared.