American heavyweights, Malik Scott (32-0, 11 KOs) and Kendrick Releford (22-15-2, 10 KOs), will meet in the ring on Saturday, February 18th.    The bout will take place at the American Bank Center in Corpus Christi, Texas on the undercard of the main event that will feature Paul Williams vs. Nobohiro Ishida.

Scott comes into this bout undefeated, with well over half his fights won by decision.  Opponents throughout his career have consisted of journeymen and untested fighters.  On Saturday, it will be the 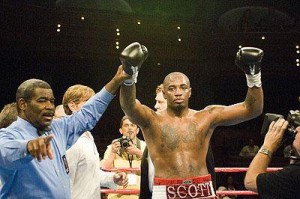 second time he’s faced Releford.  In their first meeting, Scott won the eight-rounder by unanimous decision, and he hopes to come away with another win on Saturday.

Releford is coming off two consecutive losses.  Against Luis Ortiz, who was 2-0 at the time, he hit the canvas in round two but managed to hold out for a unanimous decision loss.  Nine months later, on two-weeks’ notice, he stepped in the ring to face Chris Arreola.  Releford took a knee in the sixth, and by the seventh he was bloodied and unable to punch effectively causing the referee to call a halt to the bout.

The undercard will be broadcasted on a special telecast on Showtime Extreme that will begin at 8pm EST and will also air Chris Arreola vs. Eric Molina.  The main event featuring Paul Williams vs. Nobohiro Ishida, as well as Tavoris Cloud vs. Gabriel Campillo, will be aired on Showtime at 10pm EST.