IBF super middleweight champion Lucian Bute (30-0, 24 KOs) will go on the road and defend his title against former champion Carl Froch (28-2, 20 KOs) at the Capital FM Arena in Nottingham, Nottinghamshire, United Kingdom on May 26. No American television deal has been secured, and Showtime has already declined the fight. 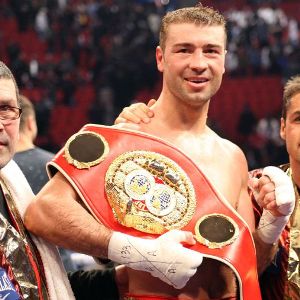 Bute has been criticized for his lack of desire to leave Canada, his adopted home nation, but he conceded home-field advantage in order to make the fight with Froch. The Romani-born Canadian with 9 consecutive IBF title defenses will be fighting outside of Canada and Romania for the first time since 2004, against a man who is no stranger to fighting on the road.

Froch has not fought in the United Kingdom since his split decision win over Andre Dirrell in the opening round of the Super Six World Boxing Classic in October of 2009. Since the victory he dropped a split decision to Mikkel Kessler in Denmark, pitched a shutout over Arthur Abraham in Finland, and fought twice in the United States – winning against Glen Johnson and losing in the tournament final to Andre Ward.