IBF strawweight champion, Nkosinathi Joyi (22-0, 15 KOs) will make an optional title defense against Mexico’s Mario Rodriguez (14-6-4, 10 KOs) on Saturday, August 18 in Mexico at a site to be determined later. 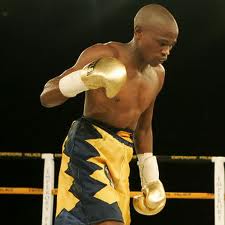 Joyi, who is fighting outside of his native South Africa for the first time in his career, is coming off back-to-back defenses against Katsunari Takayama. The first bout with Takayama ended in a no contest after an accidental clash of heads opened a cut on the top of Takayama’s head. Joyi took the decision in their March rematch by comfortable scores on all three judges’ scorecards. Joyi, a southpaw, injured his lead hand in the third round but was able to finish the fight.

Rodriguez, 23, is making his second run at a strawweight world title. His first shot came in only his 19th professional fight against Donnie Nietes. Rodriguez came up short, losing a wide points decision in Mexico. He has fought twice in 2012, stopping former champion Gilberto Keb Baas and club fighter Armando Vazquez.