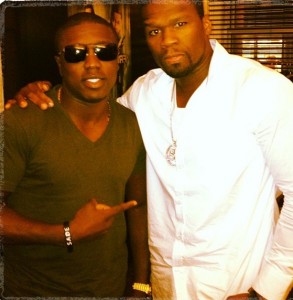 “3 hour power meeting with the big homie @50cent…big plans in the works,” Berto stated via his official Twitter account last night. The photo to the right accompanied his tweet and was taken from his Instagram account. Ben Thompson at FightHype has confirmed that Berto’s deal with Lou DiBella was on a fight-by-fight basis, freeing him up to sign a deal with TMT.

Rapper 50 Cent, the head of TMT Promotions has aggressively pursued talent since his announcement to enter into boxing promotions, and has reportedly agreed to deals with former jr. welterweight and welterweight champion, Zab Judah, and two-division world champion, Celestino Caballero.