World title contenders Jesus Soto-Karass (26-8-3, 17 KO’s) and Selcuk Aydin (23-1, 17 KO’s) will go head to head Saturday night on Showtime. The bout is scheduled as the lead in on a triple header show that features Lucas Matthysse defending his interim WBC light welterweight title against Mike Dallas Jr. in the main event. Both fighters will be looking to make a statement, as they are both coming off tough defeats against world class opposition. 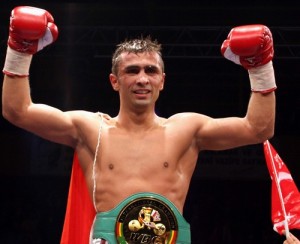 Soto-Karass has never held a world title, or even challenged for one, but he’s faced plenty of top notch opposition. The former holder of the WBC Continental Americas welterweight title and NABF welterweight title last faced the heavy handed Marcos Rene Maidana in September. It was dead even bout with both participants losing points for hitting on the break. Soto-Karass would finally succumb to Maidana’s pressure and hit the canvas in round seven and finally be stopped a round later. Prior to that loss he has notched two wins over regional title holder Euri Gonzalez (TKO 5) and Said El Harrak (W 10). Soto-Karass has also fought Mike Jones twice (L 10, L12), Gabriel Rosado (TKO by 5), and Alfonso Gomez (TL 6).

Selcuk Aydin hasn’t faced the same level of opposition as Soto-Karass, but he carries a more attractive record on paper. The once beaten Turk known as “mini-Tyson” was seen last on HBO in a 12 round losing battle against Robert Guerrero for the interim WBC welterweight title. The biggest names on the former WBC Silver champs record are Jo Jo Dan (Ionut Dan Ion) who he defeated on points twice, Jackson Osei Bonsu (KO 9), and Said Ouali (W 12). He’s fought primarily in Germany, coming to the United States twice to face Ouali in 2009 and Guerrero last year.