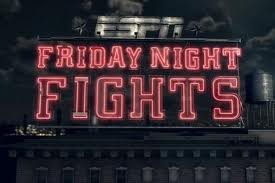 Rodriguez made quite a name for himself with a pair of 2011 slugfests against Pawel Wolak, the first of which ended in a draw. Rodriguez fought a smarter fight in the return bout and won comfortably on the scorecards, is fighting for the first time since losing a lopsided decision to Austin Trout last June. Rodriguez has been on the bad end of a couple bad decisions in his career: against Isaac Hlatshwayo (Draw) in 2008, and most notably a controversial decision loss to Rafal Jackiewicz the following year.

Rodriguez has a lot of experience at the upper level. He’s competed for a world title on two separate occasions and in two divisions, but come up short each time. Rodriguez punches well with either hand, but gets sloppy when engaged in close quarters. He’s battle-tested and has shown he can trade with, or outbox a slugger, although he is more comfortable boxing from the outside. It is possible Rodriguez isn’t the same fighter he was before the two fights with Wolak, as he looked awful in the ring against Trout. But it is too early to tell if that can be attributed to Trout’s skill or Rodriguez’s decline.

At 34 years of age, Tahdooahnippah carries little name recognition and a resume as thin as an Olsen Twin, but will be the elder statesman against the 32-year-old Rodriguez. The most recognizable name on Tahdooahnippah’s resume would be Eloy Suarez, a popular stepping stone for fighters ranging from 154-168. Tahdooahnippah has fought all but two of his fights in his home state of Oklahoma, only venturing out to Texas and Missouri on separate occasions. Tahdooahnippah, who in his 29th professional fight, took on Thomas Longacre (a former kickboxer making his pro debut), is taking a huge step up in level of opposition.

The limited footage available of Tahdooahnippah shows an aggressive fighter who is accurate with his punches. He can take a punch and keep coming, and he knows how to finish when he has a guy on shaky legs. The problem, as stated earlier, is that he hasn’t fought anyone skilled enough to test his mettle.

Rodriguez should run away with this one, but his tendency to be drawn into slugfests may make the fight closer than it has to be. He has the clear experience advantage over Tahdooahnippah, whose power and toughness are big question marks against upper-class competition. If Rodriguez really was depleted in his fights with Wolak, it may prove to be an interesting night and a big stepping stone on to bigger things for Tahdooahnippah.

Look for Rodriguez to outclass Tahdooahnippah over the full ten rounds. Rodriguez is not an exceptionally powerful puncher, and he won’t likely stop a naturally bigger guy comfortable with jumping weight classes. Tahdooahnippah will do what he can to impose his will on the more experienced Rodriguez, but he’ll come up short and return to the Oklahoma circuit, hopefully sparing me the task of typing his last name again.

Friday Night Fights airs on ESPN2 at 9 PM ET/6 PM PT. The Boxing Tribune will run a full recap following the conclusion of the broadcast. You can email Tim at timharrison65@gmail.com, or follow him on Twitter at www.twitter.com/TheTimHarrison.