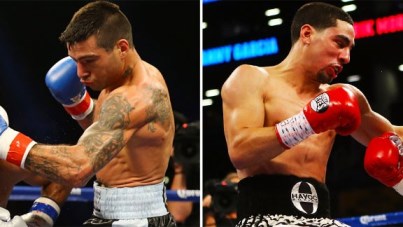 “I’m excited to show the world why I am the best 140lb fighter in the world! Sept 14 it’s on! #TeamDSG,” Garcia stated via his official Twitter account.

Garcia-Matthysse will be shown live as the co-feature to the September 14 Pay-Per-View junior middleweight title unification mega-fight between Floyd Mayweather Jr. and Saul “Canelo” Alvarez, and will take place at the MGM Grand Garden Arena in Las Vegas Nevada.