For those who hadn’t noticed the name change on The Monday Rant these last two weeks, or even the slight tone change in its narrative, Paul Magno (your regular narrator) has been on vacation and will return to his post next week. This will be my last Monday Rant for the time being, but I would be remiss if I didn’t thank Paul once again for the opportunity to captain the one column openly reviled by the Boxing Writers Association of America. So without further ado…

Every prospect in boxing eventually moves on and is slapped with another label; Champion, Contender, Journeyman, Club Fighter, or Flop. The process of developing prospects is a delicate one, where one wrong step can result in the ruination of a once-prized prospect (see Francisco “Panchito” Bojado). So a management team taking its time developing a prospect is understandable. At the same time, when a fighter feasts for too long on a diet of cab drivers, school janitors, and soup kitchen inhabitants, bad habits develop.

Deontay Wilder and Gary Russell Jr. both fought at Fantasy Springs Casino in Indio, California this past Friday night. Both are blue chip prospects with huge upside, and both are yet to fight anyone with the faintest chance of beating them.

Wilder was a Bronze medalist at the 2008 Olympics in Beijing, China, and is the last American male to medal in boxing. His lack of amateur experience wasn’t a hindrance on his Olympic dreams, but to date it is a hindrance on his pro career. Wilder’s handlers use his lack of amateur experience as the reason behind his glacial matriculation towards a meaningful fight against a real live body. Wilder, after his scary knockout of faded former WBO heavyweight titlist Sergei (or Siarhei, Sergiy, etc.) Liakhovich, is due for a real challenge. To his credit, Wilder’s last two wins have been a step up, however so gradual a step up. These gradual steps up are far overdue, however. Just four fights ago, Wilder fought Damon McCreary, who had fought only three times since 2007 and was inactive from late 2001 to 2007.

Wilder is a guy with the height, frame, and athleticism to compete with a Klitschko, given the right seasoning. Against the stiffs he’s been in with, some bad habits and slight technical flaws can be seen. His team isn’t doing himself any favors against guys who pose very little threat to him. Wilder told the media he wants a title shot by the early part of 2014. That is likely nothing more than lip service. At the very least, Wilder’s next fight should be a test against one of the many viable contenders roaming the landscape. It is rumored that the winner between Seth Mitchell and Chris Arreola will get Wilder next. Either of the two would be yet another small step up, but not one big enough for a guy calling for a title shot in the next twelve months.

Gary Russell has been featured on both HBO and Showtime. He’s young, extremely fast and athletic, and he has a ton of positive upside. Like Wilder, Russell was a 2008 Olympian. But unlike Wilder, Russell missed out on a chance to medal when he lost consciousness in his hotel room and missed his Olympic weigh in. And like Wilder, Russell is a guy who should be doing much better. His level of opposition is nowhere near as awful as Wilder’s, but it’s pretty bad. Since his win over popular gatekeeper Leonilo Miranda in September of 2009, Russell has fought five straight against unranked and largely unknown opponents.

A hand injury sustained in his March 2013 win over Vyacheslav Gusev only kept him out for a few months. He was offered a fight with Daniel Ponce De Leon (coming off a stoppage loss) upon his return, but he turned it down in favor of a “tune up”.

It’s no secret that Russell is a client of influential manager/advisor Al Haymon. Haymon is a guy with a lot of pull with networks, first with HBO and now with Showtime. His fighters get airtime and are well paid for their services, and I’m usually a supporter of his practice of getting his guys the most money for the least risk. Boxing is a business first and foremost, and as long as those tactics don’t force us to watch meaningless fights in place of good ones (And, yes, I realize Russell’s fight was not televised on Friday) I’m in agreement with a fighter getting the most (Or maybe it’s the least?) bang for his buck. 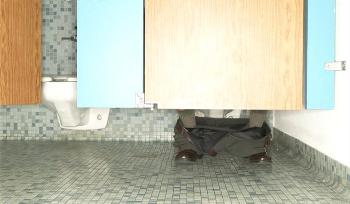 For both Wilder and Russell, it is time to shit or get off the pot. They’re both young, strong, and supremely athletic, and it’s time they start fighting up to their potential.

I hope you all enjoyed the slow summer boxing schedule these last couple of months, because a storm of big cards is coming your way in the fall. There are currently four pay-per-view cards scheduled for the remainder of the year. With the high price of the Mayweather-Canelo card pushing the average up to about $60 per card (not to mention the $30 you pay for premium channels just to watch regular HBO and Showtime cards), and boxing fans will have their wallets bled dry before the year is over.

You can email Tim at timharrison65@gmail.com, or get his 7 or 8 weekly Twitter updates at www.Twitter.com/TheTimHarrison.