As a Boxer, Ray “Boom Boom” Mancini fought with reckless abandon. His goal was to pressure his opponents while throwing a high volume of punches until they either quit or were knocked out. Although this tactic helped him achieve a record of (29-5, 23 KOs), at times he would take as much punches as he dished out. 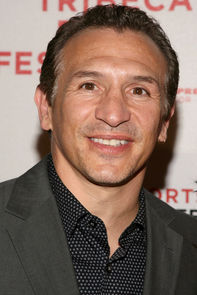 His fan friendly style made him one of the most popular fighters of his era. As seen in his new documentary “The Good Son”, he would often be seen in the company of celebrities like Sylvester Stallone and Frank Sinatra.

Mancini, who gave so much of himself to boxing, is hesitant to embrace American athletics today, where annual rule changes in sports like the NFL have softened it in the eyes of many.

“Pretty soon you won’t be able to breathe on the quarterback,” Mancini said. “A guy like Johnny Unitas was getting banged up, slapped in the head and hit after the ball was thrown. With these guys today you breathe on them heavy and they’re complaining. We’ve created a society of pampered athletes.”

In the current state of “the sweet science” Mancini sees international fighters putting out more than Americans do. He himself defended his WBA lightweight title five times, with Bobby Chacon being the only American. From his experience he believes that foreigners fight for more than just themselves.

“Boxers from other cultures are fighting for the respect and the honor of their country,” said Mancini. “That’s a hell of a thing for your opponent to deal with when you’re bringing a whole country in there with you. I always tell people, wait until you fight a Mexican that’ll bite your nose off for a buck and a quarter. They will fight and if you don’t have the character to stand up to it, they’ll eat you up and spit you out.”

Although he is a boxing fan, he believes it will never regain the popularity it once had unless it returns to free television. He thinks there are a lot of fighters but very few stars and a lack of exposure has hurt the sport.

The change from 15 rounds to 12 round fights is also a problem according to “Boom Boom”. And he disputes the claim that the rule change was implemented to protect fighters after his encounter with Duk Koo Kim.

“They have to go back to 15 round fights. You see that was a TV decision not a medical decision,” said the Youngstown hero. “They wanted more commercial time. You have to be pretty dumb to think that more fatalities or more long term injuries happen in the last 3 rounds as opposed to the first 12. That’s just stupidity.”

And although he respects the current pound for pound king Floyd Mayweather. He doesn’t believe any boxer in the 12 round era can be considered the greatest of all time.

“A guy like Mayweather who I think is special can not say he’s the greatest of all time,” said Mancini. “Never in the 12 round era can you call these guys the greatest of all time, because we don’t know if they could’ve went the last three rounds. If it wasn’t for 15 round fights Marciano would’ve never won the title against Walcott, Ray Leonard would’ve loss to Hearns in their first fight and the knockdown in the Ali-Frasier fight doesn’t happen. Greatness is acquired through rounds 13 to 15, it isn’t acquired through the first 12 rounds.”

As for the September 14 showdown between Mayweather and Saul “Canelo” Alvarez, Mancini believes the younger fighter has the edge, but only if he doesn’t fall behind in the early rounds.

“Canelo should beat him because he’s 22-years-old and Floyd’s 36,” Mancini said. “But he has to fight at a 22-year-old pace and jump on him early. Make it a dog fight and bang Floyd to the body. I’ve seen Canelo in the gym and he’s built like a linebacker. I mean, you can’t believe how strong the kid is, when he hits the bag and the whole place rattles.”

The 140 pound title unification bout between Danny Garcia and Lucas Matthysse is the night’s co-feature and a fight that’s expected to steal the show. Mancini appreciates two of the best fighting each other in their prime, but doesn’t see this one going the distance.

“I like both guys, but I love Matthysse,” said Mancini. “I admire that they’re fighting each other at the top of their game, but I think one of them goes [gets knocked out]. Any self respecting fighter doesn’t want it to go to a decision. He’s getting carried out or I’m getting carried out, that’s what makes a great fight.”

If you’re expecting the former lightweight champ to be gun shy about referee stoppages because of the questions that have surrounded the Kim fight, think again. Mancini wants to see a match decided by its combatants, not by an over zealous referee.

“I question stoppages and people look at me funny,” said Mancini. “Look we’re in the fight game and you give your heart and soul to it. To have an antsy ref pull the trigger and kill your dream, no man, no. People compare my fight with Kim to Emile Griffith – Benny Paret and it drives me nuts. Emile hit Paret with 20 some odd punches while his arms were tied up in the ropes. Ruby Goldstein did nothing to jump in and that was his fault. My fight with Kim was a toe to toe battle, how could Richard Green have stepped in?”

These days you can still find Mancini in a gym, but now he trains in a different discipline. Brazilian jiu-jitsu. The obvious reason is, it’s a great workout and the other being self defense. Although he no longer looks for a fight, he would like to be prepared if he’s ever involved in one.

“Two reasons, one to stay in shape, and two because I don’t want no 18-year-old kid choking me out in the street,” said Mancini. “There are a lot of angry and disrespectful kids out here [in Los Angeles] and everyone knows something now. But sometimes you have to take a stand, learn how to walk away and just let it go. My egos not involved anymore, I got no ego.”

An in shape 52-year-old former championship boxer, actor and motivational speaker who also knows a thing or two about Hollywood storylines. Shall we dare say comeback? From George Foreman to Bernard Hopkins strange things have happened in the world of boxing, but the only place you’ll be seeing Ray “Boom Boom” Mancini is on the big screen. Possibly in a feature film set in Youngstown, Ohio that he’s working on with “The Good Son” director Jesse James Miller.

“I look at a guy like B-Hop, I love him, he’s an anomaly, but at 49-years-old do you really want to be getting smacked in the head? Are you kidding me,” said Mancini. “We have to let them fight, that’s the freedom of this country, but who would pay to see it? I won’t.”