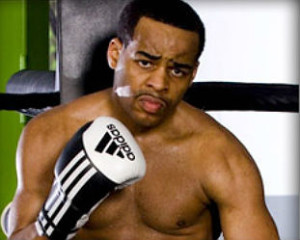 Raheem made a name for himself in 2005 when he defeated Erik Morales in what was Morales’s tune up fight for his rematch with Manny Pacquiao. Unfortunately the victory didn’t get Raheem the Pacquiao bout, it still went to Morales, but he did get a shot at the WBO lightweight title in his next outing, but lost a close decision to Acelino Freitas. Since then, the closest he’s come to another title shot was a loss to Ali Funeka in an IBF eliminator in 2008. After being inactive for all of 2011 and 2012, he’s won two bouts this year, both by stoppage. Coleman has only fought once since losing the USBA light welterweight title to Vernon Paris in 2011; in March of 2012 he was dropped four times by Kendall Holt before being stopped in the second round.

Rico Hoye (23-3, 15 KO’s) vs. TBA – Potawatomi Bingo Casino, Milwaukee, Wisconsin, USA
We last saw Hoye in season four of The Contender, winning the third place bout against Akinyemi Laleye that was in 2009. The former NABO light heavyweight champ returns in a scheduled eight rounder against an opponent to be named.

Oleg Maskaev (38-7, 28 KO’s) vs. Danny Williams (44-18-33 KO’s) – Basket Hall, Krasnodar, Russia
Here are two familiar names that keep chugging along. The “Big O” has been pretty quiet since getting starched in one round buy Nagy Aguilera back in 2009; he was inactive for two years but came back to beat Owen Beck last December and in May beat journeyman Jason Gavern after being dropped in the ninth round. The last time Danny Williams won a fight was against the faded former cruiserweight Al Cole in 2011. Since then he’s fought eight times and lost eight times, with a shot at the vacant WBO European heavyweight title mixed in there somewhere.