Saturday night at Korakuen Hall in Tokyo, Japan, Yu Kimura (13-2-1, 2 KO’s) won the vacant Japanese light flyweight title with a razor thin 10 round split decision over Kenichi Horikawa (25-13-1, 4 KO’s). Scores of the bout were 96-95 twice for Kimura and 97-94 for Horikawa. Sources report that it was a dull contest, littered with clinching and fouls with little effective shots landing. 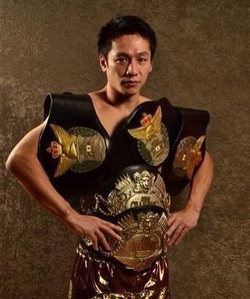 This is the first title belt for Kimura, who was also taking part in his first scheduled 10 round contest. All 16 of his professional bouts have taken place at the same venue. For Horikawa, this is the sixth time the 33 year old has attempted to win regional honors and failed. He’s had three tries at minimum-weight belts and three tries at light flyweight, including Saturday’s loss.