Hello team and welcome to a Count Chocula and Boo-Berry scented edition of Crimea’s 15th most popular, loosely food-centric Sunday Brunch spin-off, the Mid-Week Meal Ticket. We are broadcasting live from a Panamanian Dungeons and Dragons tournament, so grab your compound bow and try to not shoot out your 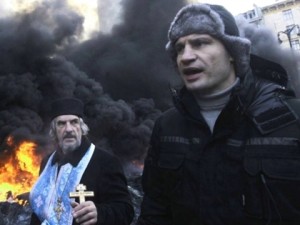 neighbor’s window with an accidental ricochet, we’re about to blow boxing’s tits off with our double barreled shotgun of truth, justice and the American way. With that being said, I gave you your instructions in the dressing room, what I say you must obey – Cuidate, escucha me, toca los manos y buena suerte…Let’s get it on!

After carefully reviewing the footage from Saturday’s Saul “Canelo” Alvarez and Alfredo “El Perro” Angulo Pay-Per-View, it’s a safe assumption to assert that cinnamon trumps dog every time. Witnessing the frightening leverage and power that Alvarez can generate when faced with a largely stationary target is something to behold.

Someone once said that in boxing, skills pay the bills (or something like that) and Canelo Alvarez has really honed his craft quite impressively for a 23 year-old lad. As boxing’s most blacklisted media presence perfectly put it in his weekly address, “Alvarez took the time to learn the little things that make brave, tough men into real world class fighters and Angulo didn’t.”

That being said, Alfredo Angulo is still a world-class fighter, he’s just not a world-class boxer. His disposition, beard and thudding power will be enough to get him past many B-level fighters, but never any true superstars.

Something must be said about Angulo’s unwillingness to throw any real punches towards Alvarez, though. Whether it was the fear of the definite retaliation, or if there were deeper issues related to his training regimen and/or camp remains to be seen. Most likely Alfredo Angulo’s pushing, arm punches were a subconscious sign of his absolute lack of boxing acumen when faced with a real boxer puncher like Saul Alvarez.

In other news, lineal middleweight world champion, Sergio “Maravilla” Martinez will make his comeback to the ring after 10 months of inactivity against Puerto Rican star, Miguel Cotto. Martinez was sidelined due to an injury sustained in his hometown title defense against the United Kingdom’s Martin Murray in April of last year.

According to news sources, Sergio Martinez claims that there would “be no fight” if some of Cotto’s demands from were not met. Generally in boxing, the champion is announced and walked to the ring second as to be presented as the main attraction, Sergio Martinez told media members that he conceded not only that option but also agreed to stage the bout in New York’s Madison Square Garden on the eve of the Puerto Rican Day parade.

In other other news, boxing’s top grossing star, Floyd Mayweather is allegedly being targeted for kidnapping and attempted murder charges. Sources close to the situation stated that Mayweather had his goons beat two men nearly to death over some stolen jewelry that turned up missing from his estate. The two individuals were hired to do some work to his home when the high-ticket rocks disappeared. Floyd Mayweather holds insurance policies for all of his luxury items, however, if these (very oddly timed and delayed) rumors hold any water, “Money” Mayweather could find himself in a world of trouble. Updates will be forthcoming.

In honor of the leader Ukrainian Democratic Alliance for Reform, Doctor Vitali Klitschko, we’re going to be teaching you a traditional dessert from the Ottoman Empire called baklava, which kind of sounds like Balaklava, which was a former city on the Crimean Peninsula and part of the city of Sevastopol which carries a special administrative status in Ukraine…Which kind of ties it to Dr. Ironfist, the Ukraine and the current Crimean conflict…That’s all I’ve got, people.

Anyway, I guarantee that this dessert will be flakey, sticky, delicious and most certainly won’t hold your Autonomous Republic hostage with anonymous (Russian) military personnel.

You will need 1 package of frozen phyllo dough (trust me, you don’t need to make it), 1 pound of coarsely chopped walnuts and ½ pound of crushed pistachio nuts, 1tbs cinnamon and ¼ tsp freshly ground nutmeg. You will also require ½ cup of granulated sugar and 8oz of melted, unsalted butter. Take your sugar, nuts and spices along with a good pinch of sea salt and combine well in a bowl.

Take a large sheet tray and butter the bottom and/or use parchment paper; put down a sheet of the phyllo and butter it, do this five times then sprinkle a layer of your nut mixture evenly. Repeat until you have used all of your filling and end with a top layer of the buttered dough. You should have five layers of buttered dough then filling, then five more buttered layers then more filling until you use up everything.

Next you will need to make the syrup to pour on your baklava once it comes out of your pre-heated (350) oven. Take two cups of honey and simmer it along with the zest of one orange and one lemon (simple syrup can also be used). Once the baklava comes out (about 40 minutes, check for a nice golden brown color) pour your syrup mixture all over once the suryp has slightly cooled but the baklava is still hot.

Let soak for at least a few hours – up to six – then cut into those fancy diamond shapes with either a nice Chinese cleaver or a pizza cutter and call me in the morning!

Thanks for joining us again this week, I hope you’ve had your fill of our randomly configured sentence fragments and dangling participles. We’ll be back next time with more lyrics from Duck Tails and Cantonese curse words. Remember, ain’t no such thing as half way crooks.

Email me with recipe questions, ideas or cat memes at JESSEBOXINGTRIBUNE@GMAIL.COM – Pretend we’re friends on Twitter @JESSEBOXING and pointlessly argue at me about science fact vs. religion mythos. Until next time, santé!