“…The time has arrived to scope out these literary talents and recognize the very best of those who record the facts and figures, whilst defining the enduring and the ugly events of boxing history, both inside and outside of the ring….“– Kenneth Isenberg

There are many ways to turbo-charge your efforts to become “somebody” in the boxing writer’s community. The following list is not all-inclusive but if followed, the results can be surprisingly gratifying:

1) Always overwrite using heavy drama to give your articles stories within the story which stories, of course, never happened. Remember, you are the hero of your own self-aggrandizing yarns doing it all for the readers at great mental and physical cost—and, of course, for the love of the sport. In the end, you will need to skillfully craft melodrama about nothing and that’s a daunting task.
2) Always rewrite history in a dramatic and flamboyant manner and write as if you lived during the applicable historical period. Mentioning that hard times breed hard men provides entry into any number of quasi-fictional works. Create literary prose that borders on literary poetics and avoid the boring on-the-beat reporting style of the late George Kimball.
3) Always jump on ring fatality stories as they almost guarantee winning an award. In so doing, write that boxing is totally corrupt, is a cess pool overflowing with Performance Enhancing Drugs, and call for its end even though you have already proclaimed your love for the sport.
4) Use “whilst” and “cracking” on occasion to add Euro-spice to your content.
5) Never ever respond to a post on a thread resulting from one of your articles as you should always maintain an air of aloofness rising above the rabble and “boxing freaks.”
6) Never ever accept a friendship request from another writer on Facebook unless that writer is a FULL member of the Boxing Writers Association of America (BWAA).
7) Never ever criticize a member of the BWAA-living or dead and remain unwilling to cast judgement.
8) Never ever refer to BWAA members by their nicknames such as “Fat” or “Cut and Paste.”Instead, use words like “esteemed,” “acclaimed,” “widely read,” and/or “distinguished.”
9) Always refer to your favorite writers as “the best boxing writer since A.J. Liebling.” And always refer to Flash Gordon as “boxing’s last hippie.”
10) Always attend the International Boxing Hall of Fame (IBHOF) induction ceremonies and pay appropriate homage to stand-out celebrities like Al Bernstein and Jimmy Lennon Jr.
11) Always have your photo taken—preferably with Ruben Olivares– eating a Carmen Basilio sausage sub.
12) Always take part in the one mile race even if it means humiliation and embarrassment.
13) Always write a compelling two-part travelogue about your experiences at the IBHOF ceremonies.
14) Never smile for photo ops as your intent is to come off as a struggling writer whose talents are waiting to be discovered.
15) Join the hundreds (perhaps thousands) of other boxing writers by writing a book (preferably self-published) in order to beef up your credentials. Have it reviewed by close friends or relatives keeping in mind that paid testimonials work best.
16) Bicycle to as many New York City boxing events as you can (including boring pressers with nauseous buffets) and amp the impression that you are struggling by wearing a heavy backpack.
17) Suck up to the New York City clique and seek entry as a crony. 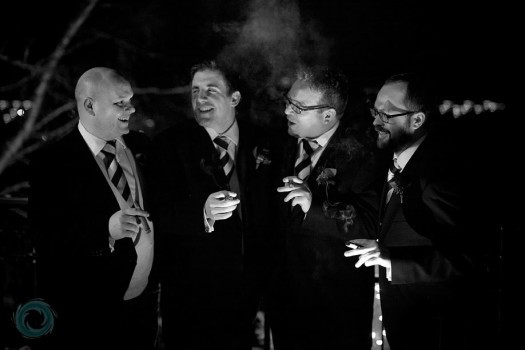 18) Keep a keen edge on your Public Relations skills since being more of a publicist (for a promoter) than a journalist means greener paychecks—speaking of which make sure you have a day job; otherwise you’ll need to find a way to exist on starvation wages if you are a journalist/writer..
19) Finally, try to emulate the grizzled Runyonesque tradition of great boxing writers recognizing that most are dead and this is YOUR TIME.