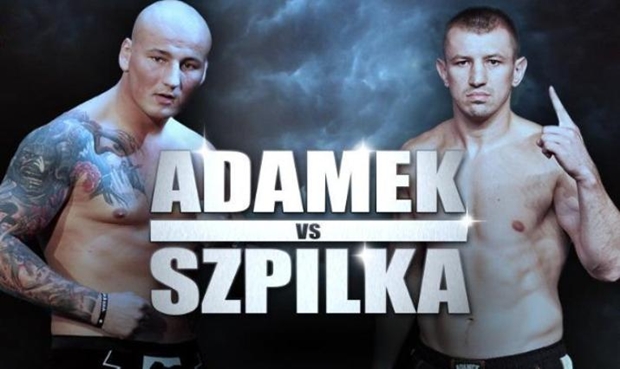 This Saturday, former world champion Tomasz Adamek (49-3) returns to his native Poland to take on heavyweight Artur Szpilka (16-1, 12 KOs). Following his loss to Vitali Klitschko in 2011, Adamek won five fights in a row before losing to Vyacheslav Glazkov in March. Glazkov battered Adamek and made him look old in rout to dominant unanimous decision victory.

Szpilka hasn’t fought since January, when he suffered his first pro defeat, at the hands of undefeated American Bryant Jennings. The Philadelphian knocked Szpilka down twice before stopping him in the tenth round. Szpilka has a questionable chin—having already been dropped five times in his young career—and he’s not particularly known for his power, but can hurt you in exchanges, like he did when he stopped Mike Mollo.

Adamek is an undersized big man, who didn’t bring his knockout power with him to the heavyweight division. He’s only stopped four of his 13 heavyweight opponents, but has shown in the Glazkov bout that even in the twilight of his career he’s durable.

The Pride of Poland has expressed that he may retire if he loses to Szpilka. In a high stakes bout, with his career on the line, he’ll have a passionate home crowd behind him. That could be enough motivation for Adamek to pull off a victory and parlay it into a meaningful fight next year.