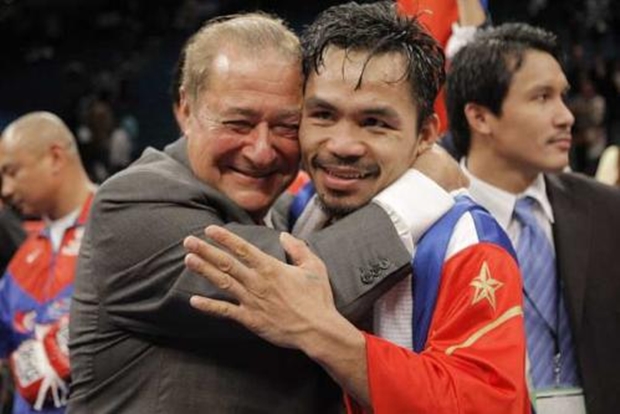 It seems that every time there is a Manny Pacquiao fight drawing near, promoter Bob Arum has something to say about a potential mega-money Mayweather-Pacquiao super fight.

On one hand you have claims that Floyd Mayweather’s representatives are too difficult to deal with and that they shoot down all Arum’s advances. On a diametrically opposite end of the spectrum are the claims  that Showtime’s head of sports, Steven Espinoza recently offered Bob Aum 40 Million dollars plus a minimum of 35% of Pay-Per-View sales – and was bluntly denied.

Whether this is just a ploy to garner more attention for Pacquiao’s upcoming November 22 title defense against Chris Algieri in Macau, China, remains to be seen. To close observers of the sport, however, this is the same old tune the aging promoter always sings around this time of a Manny Pacquiao promotion.

In 2009 the Top Rank group turned down several offers from Mayweather’s side of the fence. They cited numerous excuses and/or reasons to turn down the offers including attempts to negotiate ‘randomized’ blood and urine testing and cut-off dates, as well as claims that the Filipino star has a fear of needles among other cringe-worthy nonsense.