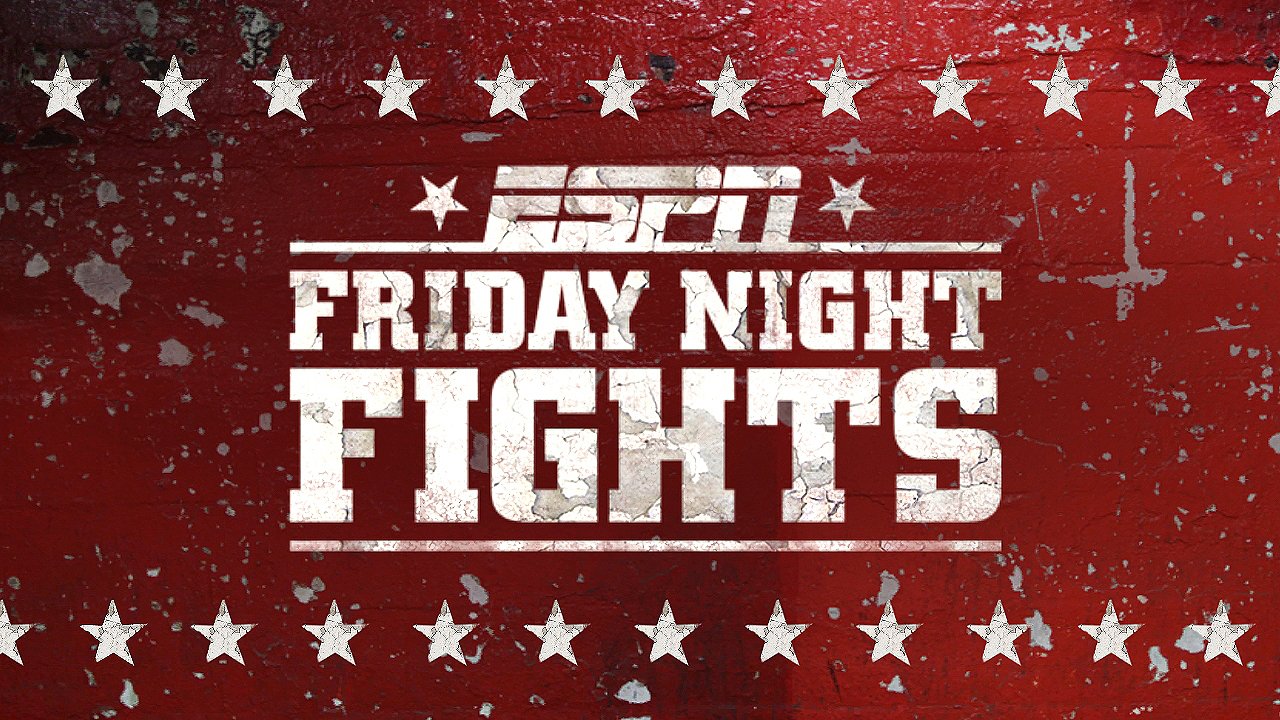 There are certain things that are cause for national celebration when they return—the leaves on the trees in spring, women in bikinis in summer, the McRib—but for fight fans, the return of The Teddy Atlas Rant Show And Boxing D-League Spectacular, or Friday Night Fights for short, is the fourth face on that would-be Mount Rushmore of anticipated comebacks.

This year, the Worldwide Leader’s debut event features WBA interim lightweight beltholder (interim for what exactly, since Richar Abril last fought for and retained that belt as recently as September of 2014, but nevermind, it’s a marketing point) Darleys Perez (31-1, 20 KOs) taking on challenger Jonathan Maicelo (21-1, 12 KOs).  In the co-feature, there’s an intriguing welterweight matchup between undefeated but completely untested Kendal Mena (20-0, 11 KOs), who is making his first trip outside his native Dominican Republic, and two-time Karim Mayfield opponent and Joachim Alcine conqueror Francisco Santana (21-3-1, 10 KOs).

In the main event, the champion’s bona fides are in little question.  Perez’s lone loss as a pro was to Yuriorkis Gamboa, and Perez has a good argument that the knockdown he suffered in the opening round of that fight was a slip rather than from a punch, while having a similar argument that the point in the eleventh where he dropped Gamboa was from a punch rather than what was ruled a Gamboa slip.  If you’re being charitable (or conspiratorial), a fine argument can be made that the Money Team’s machinations had more to do with the result of that fight than the action in the ring did—swing those two points and move one of the two judges’ cards given 116-111 for Gamboa in the original (the third card went 115-112 and the knockdowns would be enough to move it to Perez’s favor by themselves), and a unanimous decision loss becomes at least a split decision win.  In a sport that’s been far more blatantly fixed than that, it hardly seems a conspiracy to enact that scenario given such a small shift.

The challenger, on the other hand, has more to prove.  Maicelo was stopped in eight rounds by Rustam Nugaev in 2013, and he has no victory that anyone can point to and say “there’s a guy who’s earned the right to fight for a world title.”  A downright bizarre split decision win over Art Hovhanissyan in his last fight set the stage for this one—the cards were 100-90, 97-93, 94-96.  Your columnist didn’t see the fight, but either the fix was in for the Armenian and he just got whupped, or else judge Harry Oppal, who gave every round to Maicelo, was either on the take or else spent the fight staring at the tits on the ring card girls rather than watching the action in the ring.

Even if we split the difference and give the third judge the benefit of the Goldilocks Principle, that’s still a “signature” win against a guy who has never won even so much as a minor stepping stone belt from a major sanctioning body.  Against a guy who has at least a fringe argument for being a legitimate titleholder, Maicelo’s curriculum vitae simply doesn’t hold water.  Expect Teddy Atlas to bang on this point come fight time, especially if Perez is dominant early.

Speaking of guys who have the record but not the chops, how about the co-feature?  Kendal Mena is “untested”, but that’s being charitable.  In point of fact, Mena has fought guys that would make Deontay Wilder’s management team blush at the audacity involved in building his record.  Mena’s best opponent was Ambioris Figuero, who came into the fight 13-13-5.  The combined record of Mena’s other 19 opponents, as pointed out all in the Dominican Republic, and oh by the way all in fights six rounds or shorter?  28 wins, nine draws…and 232 losses.  This guy’s people couldn’t even be bothered to seek out journeymen whose records had been puffed up.  He went straight for the “haul some bum off a beach if you have to” school of promotion…and even with that, Mena only knocked out 55 percent of them, which would seem to suggest a guy who couldn’t knock a legit fighter out if you gave him a free shot at an undefended chin.

If that sounds like a recipe for disaster, we’ll see on fight night, but as mentioned before, Francisco Santana has twice faced (and lost to) Karim Mayfield, and he actually owns a decision win over Joachim Alcine, who himself beat David Lemieux.  Last time Santana faced an unbeaten prospect, it was June 6th of last year, when he grabbed a ten-round unanimous decision win over Eddie Gomez, and Gomez had a much better strength of schedule coming into the fight.

If ever an undefeated fighter were a prohibitive underdog, this would be the fight.  ESPN2 looks to be manufacturing an “upset” here, but don’t be fooled—this is a guy who has spent his career in a kiddie pool with floaties on his arms getting thrown in stark naked to the deep end.  We’ll see if he can swim, but the numbers don’t look good stacked against him.

Friday Night Fights airs on ESPN2 on January 9 at 9 PM Eastern/6 PM Pacific.  The Boxing Tribune will have full coverage of all the televised action, including any swing fights that make air, shortly following the conclusion of the broadcast.  Stay tuned—we’re once again the worldwide leader in covering the Worldwide Leader.

Fox Doucette writes the weekly What If series and covers ESPN Friday Night Fights for The Boxing Tribune.  His weekly opinion column, The Southpaw, appears on Thursdays.  Fan mail, hate mail, and “where the hell have you been?” questions can be sent to beatcap@gmail.com.