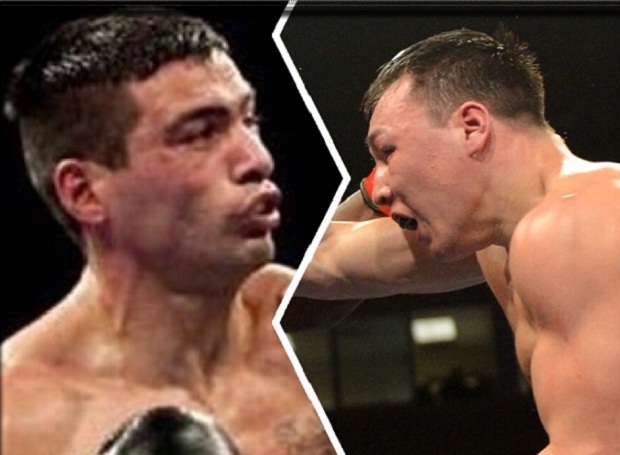 Welcome to The Southpaw, the column that would never have coffee with Bill Cosby:

Rumors have begun to float around the edges of the boxing world that Lucas Matthysse (36-3, 34 KOs) may be set to fight Ruslan Provodnikov (24-3, 17 KOs) later this year, and on the list of fights that are only rumors this year but would be awesome if they happened, a Matthysse-Provodnikov throwdown would beat Pacquiao-Mayweather every day and twice on Sunday. Who needs a couple of over-the-hill prima donnas when you can have a fight that’s all but guaranteed, if it happens, to be Fight of the Year?

Ruslan Provodnikov has reached a point in his career where he is what he is—a Friday Night Fights graduate who by robbery (Mauricio Herrera, Chris Algieri) or at least dodgy judging (Tim Bradley) can’t quite seem to get put over to a point where he’d be a plausible opponent for a guy like Manny Pacquiao. He’s a big puncher with a devastating body attack and ability to deliver more black and blue than a Pittsburgh steakhouse, but he just doesn’t have the boxing skills to do anything more than put on an entertaining slugfest.

Meanwhile, Lucas Matthysse is pretty much exactly the same fighter in terms of where he is at in his career. Zab Judah, Devon Alexander, and Danny Garcia provided the dodgy decisions, but the song remains the same. Matthysse also has claims on the kinds of greatness that translates best to televised spectacle on shows like Boxing After Dark; his absolute thrashing in a single round of Mike Dallas Jr. was a strong candidate for Knockout of the Year in 2013 and the knock-down, drag-out Brooklyn street fight he got into with John Molina was your columnist’s choice for the 2014 Fight of the Year, the single most entertaining contest I’ve seen since at least Wolak-Rodriguez I if not Corrales-Castillo I. Whenever you’ve got a guy who’s as likely to get dropped as he is to drop a guy when he’s in with someone who can punch, pop the popcorn, put the brats on the grill, and call your friends.

This is why this fight needs to happen. It is beyond speculation to take even an educated guess as to who would win the fight; on paper, Matthysse would have to be about a 5/2 favorite. The Argentine has never been stopped; indeed, he is 35-0 in fights that do not last the distance (including a disqualification win in his third pro fight) and only 1-3 in fights that do, which suggests a guy who knows enough to go for the knockout for want of a trustworthy judge.

Styles make fights, and Provodnikov, while a little less inclined to go purely for the KO, still has the wariness of “your winner, by split decision” that puts a little extra pop in the gloves and perhaps a little extra tendency to lapse on defense that a guy who wants to leave no doubt can muster.

Even if I were the credulous, gullible sort who’s willing to take Bob Arum at face value when he opens his gob (and if I were, where’s my Boxing Writers’ Association of America membership and free happy endings from ring card girls at those BWAA stag parties I’ve heard so much about?), I still wouldn’t give a hot shit on a cold day about Manny Pacquiao fighting Floyd Mayweather. It’s not an interesting matchup. I firmly believe that Mayweather would be a style matchup problem for Pacquiao and that’s the real reason why this fight hasn’t been made. Imagine everything that gave Pac fits fighting Juan Manuel Marquez, then turn that up to eleven as the greatest counter-puncher to lace up the gloves since Pernell Whitaker walked Manny into hook after jab after uppercut and took him apart, completely blunting the Filipino hero’s offense. That’s a wide 8-4/9-3 unanimous decision waiting to happen, and Floyd would have to age overnight like Roy Jones in the second Antonio Tarver fight in 2004 (the one where Tarver caught Roy with a punch that prime Roy Jones never would’ve been hit by and ended the fight in two rounds.)

Worse than that though would be the Internet boxing universe completely fixating on that fight, and there is nothing worse in this world than “Pactards” and “Flomos” polluting what are normally well-reasoned discussions of the Sweet Science with their fanboy bullshit.

The kinds of people who want to talk about Matthysse and Provodnikov are the kinds of people who have serious conversations about Ruslan’s rise on Friday Night Fights or about how Matthysse fighting Marcos Maidana would be the greatest fight in the history of boxing in Argentina. Knowledgeable boxing fans talk about good fights. They don’t talk about pipe dreams that exist only to let credulous fanboys snipe at each other on Facebook and Twitter.

So let’s see the rumors come true and let’s see Lucas Matthysse fight Ruslan Provodnikov. Both men are familiar with robberies…and it would be an absolute robbery for anyone to vote for any other fight as Fight of the Year.

Fox Doucette writes the weekly What If series and covers ESPN Friday Night Fights for The Boxing Tribune. His weekly opinion column, The Southpaw, appears on Thursdays. Fan mail, hate mail, and the usual illiterate dogshit I get from Pactards every time I don’t suck their fighter’s dick can be sent to beatcap@gmail.com.