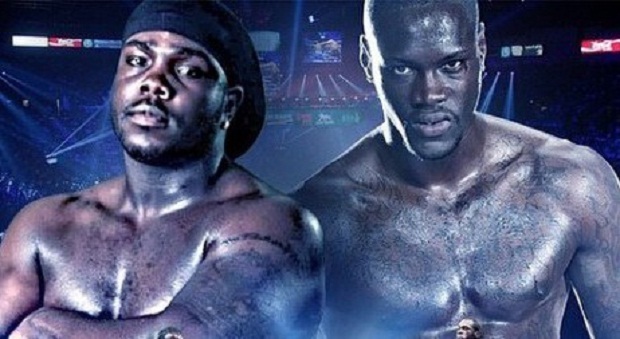 On Saturday night, at the MGM Grand Arena in Las Vegas, WBC Heavyweight champion Bermane Stiverne (24-1-1, 21 KOs) defends his title against undefeated knockout artist Deontay Wilder (32-0, 32 KOs). The fight will be aired on Showtime, and co-promoted by Don King and Golden Boy Promotions.

This will be Stiverne’s first title defense since defeating Chris Arreola in May, to become to first ever Haitian-born heavyweight champion. Last year’s knockout win over Arreola was the second consecutive time he beat the Mexican-American. The only other notable name in his win column is Ray Austin, whom he stopped via tenth round TKO three years ago.

Wilder’s professional resume is even less impressive. Since turning pro, after capturing the bronze medal at the 2008 Olympic Games, he’s yet to fight an opponent able to make it past the fourth round. And when he finally did “step up” in competition—against the likes of Audley Harrison, Siarhei Liakhovich and Malik Scott—he disposed of each in round one.

The heavyweight championship, once the most prestigious in all of sports, hasn’t been held by an American since Shannon Briggs captured the WBO version in 2006. Prior to that, there were brief title reigns by Lamon Brewster, Chris Byrd, Hasim Rahman, John Ruiz and Roy Jones Jr., but none have captured the public’s attention like Evander Holyfield and Mike Tyson did nearly two decades ago.

Although Wilder’s highlight reel knockouts have made frequent appearances on the World Star Hip Hop website—a sort of urban youth version of TMZ—he’s far from achieving crossover stardom. And with the state boxing’s in today, capturing the green belt won’t even do that for him. But, it would give him the credibility he needs to line up a star-making opportunity against the recognized heavyweight champion Wladimir Klitschko.

Stiverne has the chance to expose what could be another over-hyped American created by clever match making. A knockout over “The Bronze Bomber” could send the Alabama native to a scrap heap filled with recent busts like Seth Mitchell, Michael Grant and Dominick Guinn. Stiverne has been stopped before, and is giving up nearly five inches, so look for him to try to time and counter the aggressive, less experienced Wilder, the same way he did against Arreola. But, if Wilder’s patient and uses his length to keep Stiverne at the end of his thudding punches, it could be a long night for the champ.

In case added motivation is needed, all Stiverne has to do is look at the purses. Wilder will be making $1 Million dollars, while the champ earns $910,000.

No matter what the outcome, the pride of Haiti has already done us all a favor by not using the usual boxing politics to avoid or postpone a fight against a threatening mandatory. With the big man division becoming more interesting than it’s been in years, Saturday’s fight will help either elevate or eliminate. And in the process, could crown an undefeated American heavyweight champion for the first time in 20 years.