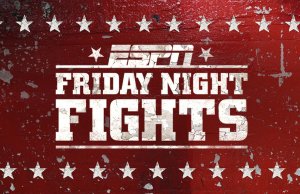 “Latin Snake” Sergio Mora (28-3-2, 9 KOs) grabbed the USBA middleweight belt with a split decision win over Abie Han (23-2, 14 KOs) that shed a lot of light on the different facets of boxing judging. In the co-feature, Erickson Lubin (9-0, 6 KOs) picked up a very easy unanimous decision win against Michael Finney (12-2-1, 10 KOs), who set the theme of fighters who were valiant in defeat and did wonders for their own careers even in a losing effort tonight.

The main event was the age-old boxing question, and Teddy Atlas hammered on the point relentlessly throughout the fight. Sergio Mora indisputably landed the cleaner, better shots throughout the fight. When he caught Abie Han coming in, it was a boxing clinic. Han pressed the attack but was rarely effective; he simply does not have the hand speed or the accuracy to put his shots consistently on target.

So why was the fight so close? Why did a guy who couldn’t find his opponent with any kind of effective work nearly steal this fight?

Well, put very simply, there is a difference between being more effective and spending more time dancing than fighting. Sure, Sergio Mora made Abie Han miss. He did so repeatedly, dancing aside like he could’ve put a rose in his mouth and called himself Don Flamenco. The problem was that he did not nearly do enough to make Han pay for his aggression. When one guy’s chucking leather but hitting arms and gloves and air, but the other guy’s not hitting anything at all? At some point, as Teddy put it, “the judges might reward Han for just trying rather than being effective.”

What’s more, Sergio Mora’s footwork was so bad that he managed to knock himself down twice, once in the second and once in the third, and a different referee on a different night might have ruled those knockdowns rather than slips. Even though Han did not land a clean shot in either instance (a better argument could be made for Han landing a short shot in the second; in the third Mora clearly just pulled a drunken stumble move), if either of those incidents get called knockdowns, it’s probably enough to swing a judge’s scorecard.

Han finally got his knockdown in the tenth round, and as Mora went down, one thing that went uncommented on by the broadcast crew was Han’s gesture to the referee like “There. Is that a knockdown? What more do you want?” Referee Keith Hughes finally administered a count and the fight was on in earnest.

In any event, from a certain point of view, Abie Han won this fight by being more consistent if not more effective. From another point of view, Sergio Mora won the fight by being a more effective boxer and landing the actual scoring punches rather than just keeping hands moving the way his opponent was doing. Such are the ingredients that legitimate split decisions are made of.

The official word was 114-113, 112-115, 115-112, for Sergio Mora. Teddy Atlas had it 117-112 for Mora, with one round even and without giving the 10-8 round in the tenth when Han dropped Mora to the canvas. Your columnist had it 114-113 for Han, six rounds to six and counting the knockdown as a 10-8 round. The ESPN social media community went the way of judge Larry Ingle: seven rounds to five plus the bonus point for Han. This was an any way you like it fight. If you reward picking spots and landing shots in low volume but with high accuracy, you scored it for Mora. If you give the benefit of the doubt to the guy who’s at least doing something offensively, you gave it to Han. It was a pick ’em.

The co-feature was no such thing. There’s not much to say. Erickson Lubin landed damn near all the shots thrown between the two fighters over the course of eight rounds. This wasn’t the lion’s share. This was the American One Percenter’s Share. Michael Finney could have a long and lucrative career ahead of him as a professional loser, one of those guys we’ll be revisiting in some far-future piece about guys with losing records, because with a chin and a heart like he’s got, he could make good money giving rounds to prospects.  As it stood, the scores were 80-72 on the cards of anyone who is not a complete idiot.  This was the most unanimous decision humanly possible in a subjective sport.

Lubin showed the power that got him six KO wins in his first eight fights, and indeed probably would have knocked out just about anyone else of Finney’s caliber—but a guy who took the fight on a single day’s notice and stood up to some genuine dynamite shots? Take a bow, Michael Finney. You are one damn tough hombre.

There was a swing fight as well, which opened the show after a basketball overtime-induced broadcast start delay. Ahmed Elbiali (10-1, 9 KOs) beat the snot out of Dustin Echard (10-1, 7 KOs) and only needed two rounds to do it. Echard was grotesquely overmatched, as Elbiali, who’s been on Friday Night Fights before, showed the power in his gloves that he’s shown in his previous fights (note that Boxrec lists Elbiali as 9-0 with 9 KOs, but ESPN lists him as having an additional two fights, one of which he lost; the latter record is used here).

Elbiali teed off at will, as you’d expect a guy with vastly superior experience (Echard had no amateur fights at all, while Elbiali’s been fighting since he was 16) in against a weak opponent. In the second round, the native of Cairo, Egypt sent his opponent clean through the ropes, and Echard, knocked senseless by the punch that sent him down, could not find his way back into the ring without help. That should’ve been the first sign that things were off the rails for him, as referee Bill Clancy helped the downed fighter back into the ring.

Elbiali then stormed forward, taking a three-step running start and crashing a fist right into Echard’s face, completely ignoring the rule about staying in a neutral corner until the referee regains control of the action and waves the fighters to engage once more. When, rather than stopping the fight after Echard got his brains scrambled, Clancy merely broke the fighters for a moment, even Echard looked at the ref like “are you trying to get me killed in here?”

It turns out Dustin Echard didn’t die. But as “referee accessory to murder” goes, this was as shameful a display as your columnist has seen in a fight from any referee not named Arthur Mercante Jr. (whose complicity in the George Jones/Bee Scottland fight’s tragic ending should have involved gross criminal negligence charges.)

It also turns out Ahmed Elbiali has some serious problems with his defense. Lost in this fight description is the fact that Elbiali got hit square on the chin by both an uppercut and a straight right hand, and though he stood up to both, the flaws in his defense thereby exposed should lead to a nasty surprise once the Egyptian fights a guy who can actually fight. His trainers need to work on his defense extensively before they even dream of stepping him up in class.

Next week, the Boxcino tournament returns, after a successful run last year on ESPN’s flagship fight show. The junior middleweights are in action first, and we’ll have more on those guys in next week’s FNF preview. Brandon Adams (last seen only three weeks ago on FNF beating Lekan Byfield to a pulp) is your early favorite. As always, the Boxing Tribune will have a full recap of the night’s action, including any swing fights that may make air as a result of knockouts in the main TV docket, following the show. Stay tuned—we’re the worldwide leader in covering the Worldwide Leader.

Fox Doucette covers Friday Night Fights for The Boxing Tribune and writes the weekly What If alternate-history series for this publication. His opinion column, The Southpaw, appears on Thursdays. Any time he gets a card anywhere close to the judges at ringside in the main event, that’s a good day. Fan mail, hate mail, and a gig as a fight judge can be sent to beatcap@gmail.com.