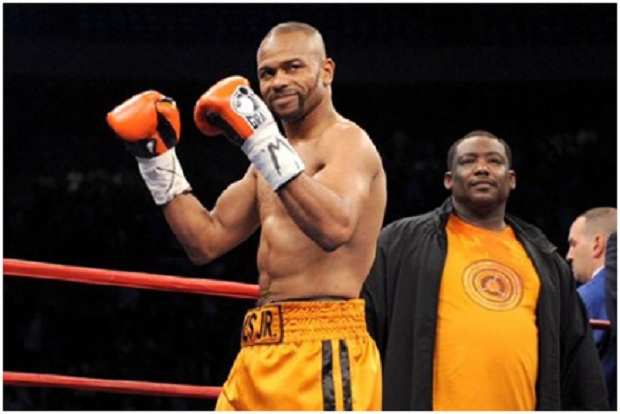 Here are my original top 25 since 1945: But wait! The new list is different as I slotted in some recent retirees and even some boxers who are still active but near the end of their careers.

However, after some careful analyzing, mixing, and matching, here is the revised list:

Nothing changes until we get to number 7 where Roy Jones Jr. is slotted in.
The new Number 11 is a tie between Floyd Mayweather Jr (47-0) and Manny Pacquiao (56-5-2) and they, of course, will be soon sorting this out. If Mayweather retires undefeated, he may move up.

Numbers 15 and 16: Bernard Hopkins’s recent loss to Sergey Kovalev allowed Marvelous Marvin Hagler to move ahead of him at Number 15. Hopkins is still fighting at 50 and he could move up if he wins a big one or down if he loses another one badly.

The new number 19 is Joe Calzaghe. 47-0 is 47-0, and that’s perfect.
Khaosai Galaxy has been removed based on an extremely close review of his level of opposition relative to that of the other selectees. Reluctantly, Holman Williams, Ike Williams, and Marcel Cerdan are no longer on the revised list.

Hopkins, Jones Jr, Pacquiao, and Mayweather Jr. are still fighting and that means they could move up, down, or even slide off the list depending on what and how they do, but for the most part, their legacies are as secure as is their place in Canastota.

A word about Roy Jones Jr.

“A fighter in history is judged by what he did in his prime, like most athletes and most successful anythings….Roy was one of the best of his time, and that, to me, is the best you can be.”—Larry Merchant

“Through much of the 90’s and early 2000’s, he dismantled opponents so thoroughly that it was hard to find even a single round to score against him. He was that good” –Jerry Steinberg

“He was Oscar Peterson with boxing gloves” —Merchant

After being painfully robbed in plain sight at the 1986 Olympics in Seoul, South Korea, Jones turned professional and went on to win an astonishing number of world titles in the middleweight, super middleweight, light heavyweight and even heavyweight divisions. Jones left his indelible mark on history when on March 1, 2003 he easily won the WBA Heavyweight title against John Ruiz becoming the first former middleweight champion to win a heavyweight title in 106 years. He was named “Fighter of the Decade” for the 1990s by the BWAA and received a number of other awards too numerous to cite here.

Over the years, he has won:

A seldom acknowledged fact is that he has fought an opponent who has been a world champion at one time or another on 27 different occasions. And ten of his top- tier foes– like Calzaghe, Montell Griffin, Anthony Hanshaw, and Julio Cesar Gonzalez– came in undefeated. Mike MaCallum, Tito Trinidad, Virgil Hill, and Calzaghe are in the INHOF. James Toney and Hopkins will get in. Vinny Pazienza, Tarver and Glen Johnson might get in. Roy fought them all. In short, Combining lightning fast hand speed, incredible reflexes, and knockout power, Jones was the best boxer of his generation. Here is a prime Jones using a punishing jab to set up and then decking and dismantling an outclassed Vinny Pazienza (40-5) in 1995 in Atlantic City: https://www.youtube.com/watch?v=oLcYb3o6buE

When Jones returned to the light heavyweight division in November 2003, his record was 49-1 but it marked the beginning of his fall from grace as his rapid loss of muscle mass rendered him vulnerable to fellow Floridian Antonio Tarver against whom he looked terribly gaunt and slow in winning an MD in November 2003. It’s rare for a top boxer to put on that much weight (20 pounds) and then take it off rapidly. It takes a toll on a fighter to lose muscle and Jones was no exception. He was slower, his legs were gone and most worrisome, his chin was shaky.

However, in a rematch with Tarver, he was shockingly stopped at 1:41 of the second round. His reflexes and tremendous athleticism were no longer at their apex and the downward spiral had set in.

Since that fateful fight in 2004, Roy has gone 11-6, but he has now won six in a row and continues to pick his spots in a more comfortable groove. Still, he needs to stay away from top to mid-tier opponents.

In my view, a prime Roy Jones Jr was as good as it gets. And I saw just about all of them since 1945.