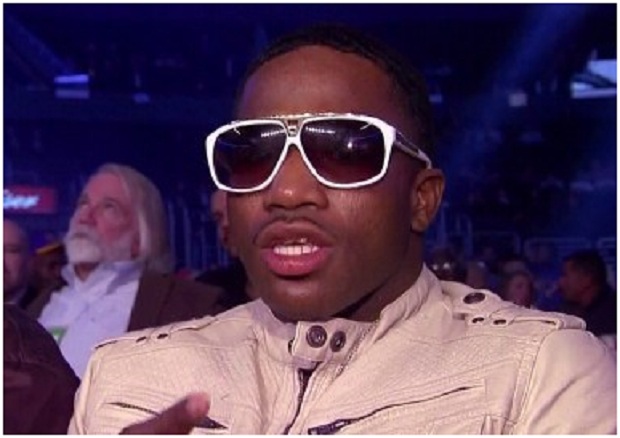 Outrageous comments, denials, and events continue to be the norm in the abnormally sleazy world of boxing with this edition headed by none other than toilet mouth Adrien Broner.

Adrien Broner: “How about boxers start fightN u tough ass reporters nd c if anybody will take a L U computer gangsters make me sick #Bit****”

Dan Rafael: “Looking forward to your first column,” to which the abrasive and often arrogant Broner added.

Broner: “shut yo bi*** ass up trying to slander a Mf and talk bad about a fight when you never fought a day in your life.”
[Broner] don’t do interviews so if you see any press release comments just know that ain’t me saying that [expletive]!” Broner said on his Twitter. “I gave up a lot of things that was bad for me even though I thought it was fun ….#NoMorBadNightsOfBoxing #NMBNOB. I will only talk after my fight for here on out….. No more press conferences No NOTHING!!!!

Broner: “People can hate on me but guess what I’m rich and I’m go keep it that way…….The new and improved Adrien Broner is about boxing that’s it,”

White Ticket: “My name is White Ticket and I’m Adrien Broner’s assistant. Last week, Adrien got into a Twitter rant with ESPN’s Dan Rafael. Adrien promised the fans and the media that he wouldn’t speak at the press conferences or do any interviews until he wins the title at the U.S Bank Arena on October 3rd. Adrien feels like his back is against the wall, and when a.” At this point White Ticket asked Broner to read the word in the statement that he was having problems saying. Broner then went to the podium and said the N-word, and then went back to his seat. White Ticket then finished the statement, saying “When a [blank] has his back against the wall, some [expletive] is about to go down.”

Floyd Mayweather Sr: “I can see Berto getting tapped a lot, man. I mean, once Floyd get a feel of him, I think Floyd gon’ pick him apart. I ain’t gonna say he gon’ knock him out or anything like that but hey, it could happen. Berto, he don’t appear to be a guy that’s like a defensive genius. He don’t seem like nothing like that, and that’s what his problem gon’ be; he gon’ be getting hit and Floyd ain’t gon’ be there.””

Paulie Malignaggi: “I don’t know what to do as far as my boxing career, some days I wanna fight, some days I don’t, so we’ll see”

Sherman Williams: If I had a chance with Wladimir Klitschko, I’ll go straight to the body and then hit him with an overhand right and knock him out.

Jarrod Haschert “You [Ronda Rousey] are my celebrity crush…I love everything you do, and I think you are a phenomenal person, which is why it would be my honor to take you to the Marine Corps Ball.”

Mosley: “I always respect guys who have a I will fight you, I’m not scared mentality.”

Mosley:”Personally I would like to fight Marquez next. He is a legend on my level and a fighter